Young British racer Dan Wells was a podium finisher in Formula Renault UK this year, and was vice-champion in the Finals Series. PaddockScout caught up with Dan to discuss his career so far and his efforts to be on the grid in 2012…

PS: Most of the drivers you have been racing this year were karting for many years before they started racing in single-seaters. But that wasn?t the case with you, was it?

DW: I had always wanted to go karting since I was a child, and I first drove a kart for my 11th birthday, but that was as far as it went until I managed to persuade my father to let me take it up properly – aged 18! So I started karting in late 2009 and took a fastest lap in my first ever Senior Rotax race against a field of 24 experienced drivers. I was on the podium as soon as I came off my novice plates and completed 11 races in the category. I learnt a lot in those three months but a Formula Ford 1600 test had been organised for me, and I impressed immediately which led us to enter the FF1600 scene in 2010. I took part in 11 races and took 5 class poles and wins in that time – it was a fantastic year for me and I enjoyed it so much.

PS: At the end of 2010 you were selected for an evaluation by the Racing Steps Foundation. How did that go?

DW: It was a very exciting and challenging chapter of my life. The RSF contacted me and asked me to send my CV but it wasn’t very long – I’d only had 8 months of kart/race experience combined. Twenty of the best young British drivers were whittled down in a 6 week process culminating in a day in Fortec FRUK machinery at Rockingham against 3 other finalists. I was P1 in the shootout and I was very happy with my performance, and I’d like to thank the Racing Steps Foundation for their help without which I wouldn’t have been in FRenault UK this year. 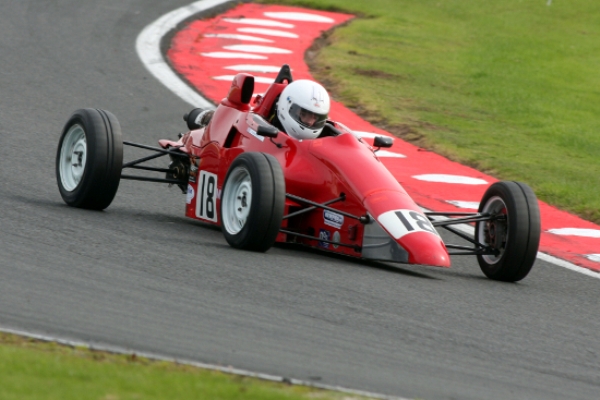 PS: In 2011 you were able to race full time in Formula Renault UK. How did the season go from your point of view?

DW: I joined Atech Reid GP from Round 3 of the Championship and was pleased with the progress we were making, getting into the top six in our second weekend together at Oulton Park. I suffered a little bit after the summer break as I hadn’t driven a car in seven weeks while the other guys had been to Europe racing, but I found form at Rockingham and fought for the podium, and then continued this on to Brands Hatch. I managed to get sponsorship to enter the Finals Series and I knew this was going to be a defining moment for me – in karting I was learning very quickly and never had a crack at a championship, in FF1600 it was much the same, and the Winter Series was the first time in my career that I had previous experience of a championship. My target was to win it, but I ultimately finished as Vice Champion with three podiums in six races and 138 points.

PS: Does finishing the year as vice-champion in the Finals Series give you confidence going into 2012?

DW: Most certainly yes, I am very confident that we will be fighting for the title next year given our performance, and I know there is more to come too.

PS: However, it?s not quite as simple as that, is it?

DW: Unfortunately not. Firstly, I need to raise the funding to secure the drive. Atech Reid GP and my existing sponsors have been fantastic this year, and the team are doing everything they can to get me into the 2012 Championship, but we need support from businesses and individuals to realise our goals.

PS: So how much work does it take a promising driver like yourself to actually secure a drive?

DW: An awful lot! I am in talks with different local and national businesses regarding our sponsorship packages to enable not only myself to be on the grid and challenge for the title, but also so that my sponsors see a return on their investment which is crucial in these times. I don’t have many days off and it’s quite hard to sleep because I keep getting new ideas, but I’m sure it will be worth it in the end.

PS: Looking to the future a little bit, if everything goes to plan for 2012, where do you see yourself heading in later seasons?

DW: It’s difficult to say but I like the look of World Series by Renault – the cars are fantastic, it’s the main event with hundreds of thousands of fans attending and is a real stepping stone with many F1 drivers having been through WSR. This is definitely in the career plan but my focus is 100% on securing the funding for 2012 and winning the Formula Renault UK title.

PS: So how can anyone interested in helping you get involved?

DW: You can contact me via my website www.danwellsracing.co.uk, or you can sponsor me via www.gofundme.com/danwellsracing – every sponsor will be contacted by me personally to arrange a suitable gift for their support in 2012. Alternatively, just follow me on my twitter @danwellsracing! 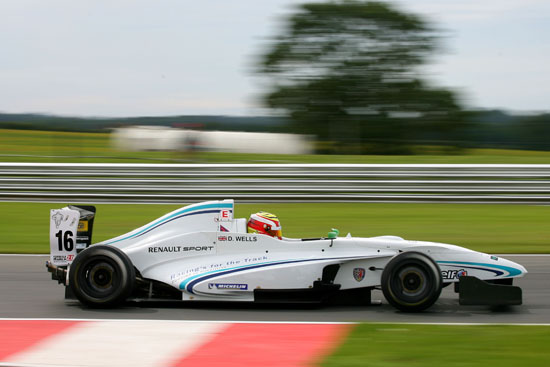