Proving his worth: Oliver Rowland

18 months ago, Oliver Rowland was the highest-rated talent in Britain but last winter he faced a fight to keep his funding. Now he’s on top in the highly-competitive Eurocup Formula Renault…

A highly-successful McLaren-backed driver in karting, Oliver Rowland made an instant impression after moving into cars with support from the Racing Steps Foundation. Winning the McLaren Autosport BRDC Award at the end of 2011, he moved into the Eurocup Formula Renault last year and finished third. However, he hadn’t done enough to warrant a promotion and was kept in the category by RSF for another year. Now drinking in the last chance saloon, he is doing what he needs to on-track by taking two wins from the first six races in a very competitive field.

Oliver won the Super 1 National Cadet Championship in 2003 and 2004, before claiming the JICA/KF3 title in 2007, the year that he was signed to McLaren’s young driver programme, which had just spawned Lewis Hamilton as an F1 driver. The following year he won the CIK-FIA World Cup in the KF2 category, repeating that feat in Super KF in 2010.

Oliver was now 18 and as McLaren’s backing came to an end, he won a shoot-out for a Racing Steps seat in the Formula Renault UK Winter Series at the end of 2010. Winning the last of the six races, he secured backing for a full season in 2011 with the Fortec Motorsports team. He had a quiet but consistent start as he found his feet, taking six podiums in the first half of the 20-race series. He then found another gear towards the end of the year, winning four of the last six races to finish runner-up behind more experienced team-mate Alex Lynn, who Rowland arguably had rattled in the run-in, and ahead of early title contender Tio Ellinas. 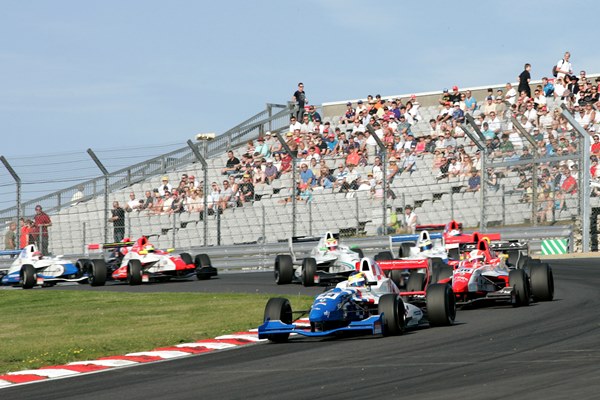 Next came the renamed Finals Series which he dominated, winning four of the six races and finishing second behind Josh Hill in the other two. He then won the prestigious McLaren Autosport BRDC Award, undertaking his prize test in a McLaren F1 car at the end of 2012.

During 2012 Oliver contested the Eurocup Formula Renault 2.0 with Fortec. With a maiden win in the very last race of the season at Barcelona, he finished third in the final standings, some way behind second-year Eurocup drivers Stoffel Vandoorne and Daniil Kvyat. A step up to F3 should have been on the cards for 2013, but RSF were not sufficiently impressed. They gave him a final chance, in the Eurocup for another year, but he was forced to switch to the Manor MP team with fellow RSF driver and NEC champion Jake Dennis taking his Fortec seat.

After a guest appearance at the NEC opener that yielded three podiums from three races and the top points haul of the weekend, the serious business of the Eurocup campaign began. He scored a podium in race two at Motorland Aragon, and then took a commanding victory in the first race at Spa after passing pole-sitter Dennis. At Moscow he finished race one in second place before going one better in race two, notching up his second win of the campaign and taking the championship lead.

Talent rating: There can be little doubting Oliver’s raw ability – his karting career and first year of Formula Renault proved that. In terms of championship placing, third in the Eurocup last year is the best that he could have managed with his level of experience, but more than three podiums had been expected. Further to that, he wasn’t doing well enough off-track, with concerns raised over his weight and fitness. But in an ultra-competitive Eurocup field, he’s now making the most of his experience and talent to lead the pack. 8/10

Chances of getting to F1: Ultimately, Oliver’s chances of progression rely on his ability to impress Racing Steps. That starts with the need to beat Dennis in the Eurocup this season – lose to his younger counterpart and there’s little reason for him to be retained. Beyond that, it’s a matter of meeting the targets set for him year-on-year. Without RSF’s funding, he’s going to struggle to make it up the ladder, but if he keeps impressing he can go all the way. 7/10 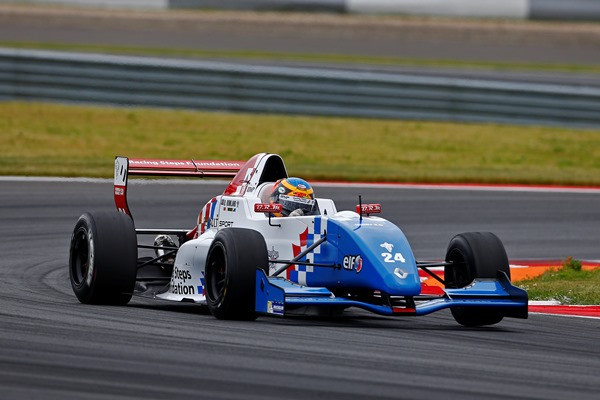