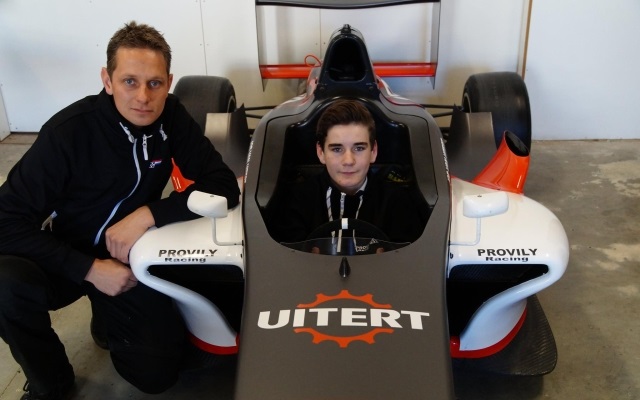 Provily will move their operation from Formula Renault 1.6 European Series, formerly known as NEC, and take driver Job van Uitert with them.

This comes as serious doubts surround the future of the FR1.6 ES, with speculation that it will not run this season.

Provily?have been part of the NEC series in the past two seasons. In 2013, they helped Janneau Esmeijer?to take third in the standings with a victory at Zolder.

Esmeijer stayed with the team for a second season and started his 2014 campaign as a title contender, winning two races at Spa-Francorchamps. However, with no further victories and missing the final round of the season, he eventually was relegated to sixth in the standings.

Provily had already announced two drivers for the forthcoming FR1.6 season in the form of van Uitert and Dries Vanthoor, younger brother of GT superstar Laurens and a protege of the Belgian federation the RACB. The team ran both drivers in FR1.6 machinery in testing at Imola last week, but will now not compete in the series.

Van Uitert, who is stepping up from Mazda MX5 racing in the Netherlands, will remain with the team to enter ADAC F4, while Vanthoor is rumoured to be seeking a Formula Renault 2.0 drive.

Provily are the second team to move from FR1.6 to ADAC F4 for this season, joining family-run team Pirosports.