We profile Luca Ghiotto, the Italian youngster who has already brought the Prema squad wins in Eurocup, Alps and the Pau Grand Prix this year…

While his 2012 performances in Formula Abarth were good, with Luca Ghiotto narrowly missing out on the title in both of the series’ European and Italian classifications, it’s 2013 when the Italian has really put himself on the map, masterfully handling the transition from the lower levels to the very competitive Formula Renault 2.0 playing field. He’s spent all of his single-seater career with his compatriots at Prema, who have been duly rewarded by Ghiotto this year as he netted them several prestigious trophies already, including the team’s first win in the Eurocup since their return to the category.

Luca was born in February of 1995 as the son of Franco Ghiotto, who happens to also be a racer. Luca’s father, as well as his uncle Sergio, were participants in Italian Formula 3 in the mid-noughties. Franco has also been rather successful in the Italian Prototype Championship, which he won in 2008.

Luca’s first major karting appearances came in that very year – 2008 – when Luca participated in the Bridgestone’s European Cup for the KF3 class, finishing 11th, and also won the KF3 Champions Cup trophy. The next two years of his karting career saw appearances in the Spanish KF3 championship and the European KF2 championship, as well as the CIK-FIA World Karting Championship.

In 2011, Ghiotto made his single-seater debut, joining the Formula Abarth series with Prema Powerteam, paired up with Vicky Piria. He kicked things off well, taking two seventh-place finishes at Vallelunga, but the subsequent two weekends yielded him no points. He was back on form at Misano, taking third in qualifying for race one. While he only managed seventh in the actual first race, the second race (which saw a reverse of the top eight from the qualifying) gave Ghiotto his first podium in single-seater racing as he fought his way up to third. 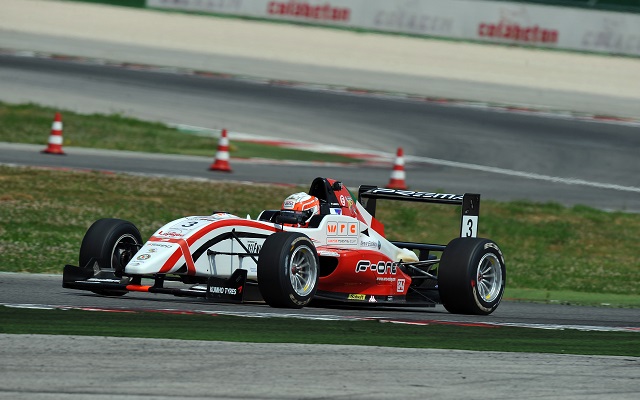 Ghiotto’s maiden podium at Misano was one of the highlights of a rocky, but promising debut year (Photo: ACI-CSAI)

For the Italian championship’s round at Imola, Luca secured pole position. He led six laps of the race, but on lap seven, was taken out by Yoshitaka Kuroda when the Japanese driver tried an overly optimistic move for the lead. The second race also yielded the Italian no points. The rest of the season was somewhat downhill for Luca, who struggled for consistency in the subsequent rounds of the Italian championship, falling down to ninth in the standings. He got to shine in the European rounds, though, first taking another podium for the team at Spielberg and then scoring two podiums in two races during the season finale at Catalunya – promoting himself to sixth in the standings.

Ghiotto remained in Formula Abarth for 2012, staying on with Prema for a second year in hopes of a serious title assault – one where he would have to see off teammate Bruno Bonifacio, who joined the team midway through the prior year’s Abarth campaign. He got off to a lovely start, securing pole from race one of the European-only Circuit Ricardo Tormo round and retaking the lead from Kevin Jorg (after losing out at the start) to take his first Abarth victory. He picked up another win in race two, but retired in race three, still setting up a good standard for the rest of the year to live up to.

At Hungaroring, he only managed two podiums, losing out to Bonifacio as well as another potential contender Nicolas Costa. The Italian championship kicked off at Mugello, where Luca won once, continuing with Misano and Spielberg, where he only won one race per weekend despite securing double pole for the feature races each time. He finally made the most out of his feature race pace at Imola, where he won twice, bringing his victory count up to seven. At Vallelunga, however, Ghiotto struggled, punctuating an average weekend with a silly disqualification, handed to him for overtaking under the safety car.

The Imola fluke meant that Luca lost the lead in both categories, handing it over to the more consistent, if less outright rapid Costa ahead of the season finale. Despite being rather quick at the climactic showdown at Monza, Ghiotto missed both titles, although he put in abnormal efforts to get the silverware, including a fantastic fightback drive in the final race, including a three-way fight for the win between him, Antonio Giovinazzi and Santiago Urrutia on the final lap. He eventually finished second, only to be handed his second DSQ of the year later on, which still didn’t impact his position in the standings as Ghiotto finished second in both the European and the Italian championship. 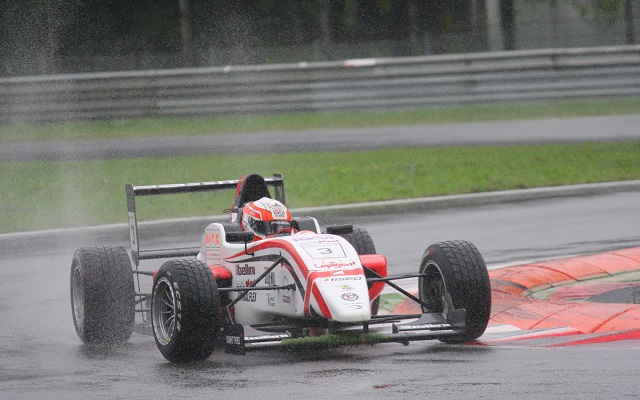 A thrilling Monza finale saw Luca narrowly miss out on the title in both categories (Photo: ACI-CSAI)

That very year Ghiotto made late-season appearances in Formula Renault with Prema and, seeing how he looked reasonably quick in the one-offs, he was a logical choice to join Bonifacio at the squad for a Eurocup campaign. Their season kicked off at Vallelunga where Ghiotto and Bonifacio were joined by Prema’s Alps driver Antonio Fuoco. Ghiotto found himself slightly overshadowed by his two teammates but still picked up a podium and a strong points finish.

His first Eurocup round also didn’t go quite according to plan as Ghiotto spun out of his first points finish in the series. The Imola round of Alps yielded another disappointment, with the quick Italian missing out on the podium.

And then it clicked. At Pau, Luca Ghiotto took the win in the prestigious event, making the most out of the leaders Parry and Dennis colliding. He carried that form into the Spa round of the Eurocup, where he had to retire from race one with a technical issue, but subsequently won the second race. Prema returned to Spa shortly thereafter for the Alps series and, again, it was Ghiotto who won the second race of the round.

The most recent Eurocup round at Moscow Raceway brought him two solid second-place finishes, whilst the fourth round of the Alps championship at Monza saw Luca win again, as he was the beneficiary of an incident between Fuoco and Bonifacio in race two. The recent form has put him seventh in the Eurocup, while in Alps, he rounds out the Prema-dominanted top three, four points off of Bonifacio and 32 behind Fuoco.

Talent rating: Luca is still a bit of a mystery at this stage in his career. There’s no doubts that he’s quick – whether he’s as outright quick as Ferrari junior Fuoco or his teammate Bonifacio is still a bit unclear. It is, however, very noticeable that Luca has matured as a racer – he’s no longer as inconsistent as he was in his Abarth days, has himself now slotted into the position of the man who benefits most when the leaders collide and, generally, has kept his nose clean. Quite obviously, Prema have a very quick car in Formula Renault this year, but Ghiotto has done it justice.? 8/10

Chances of getting to F1: He doesn’t seem to be the most wealthy driver out there, so his future will very much depend on how much of a sponsorship base he’ll be able to build up now. He also isn’t helped out by the fact that, while there aren’t any Italians in F1, it’s getting crowded among them in the junior categories. But the Prema ties are clearly there and, with this year’s performances, he should count on having a seat for next year – perhaps, even, with their superb European F3 squad. A path to GP2 or Formula Renault 3.5 is there and Luca’s doing well enough to eventually make it there. How well he’ll adjust to that level is another story, but Ghiotto doesn’t seem to have a lot of trouble with establishing himself on different levels of the ladder. 7/10 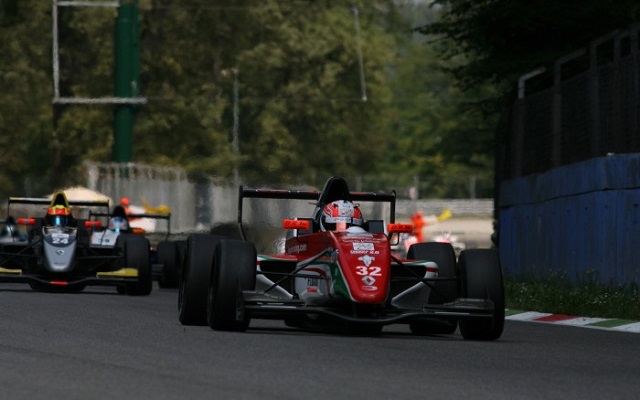