Pommer wins yet again in German F3 at Lausitz 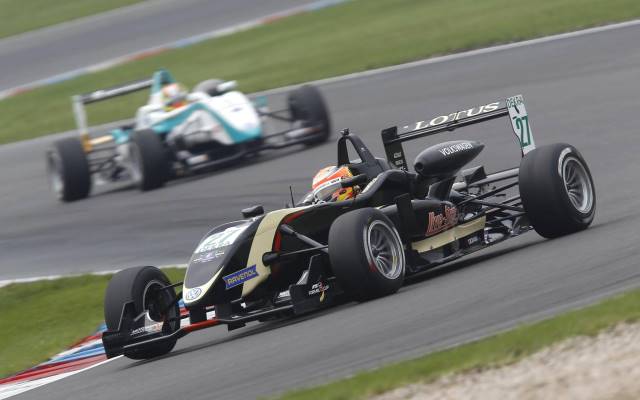 Markus Pommer took another dominant victory to win two out of two races this weekend in German F3 at Lausitz.

Starting from pole, the German kept his lead and built up a healthy advantage of ten seconds before the end.

Nabil Jeffri also repeated his performance from the first race to take second, with Sam MacLeod completing the podium after gaining advantage from a tangle between Indy Dontje and Weiron Tan.

Nikita Zlobin and Nicolai Sylvest?also finished in the same positions of fourth and fifth as in the morning, with Indy Dontje completing the top six.

Pommer leaves the Lausitzring with a lead of 107 points in the standings, with 138 points still up for grabs from the final two rounds.