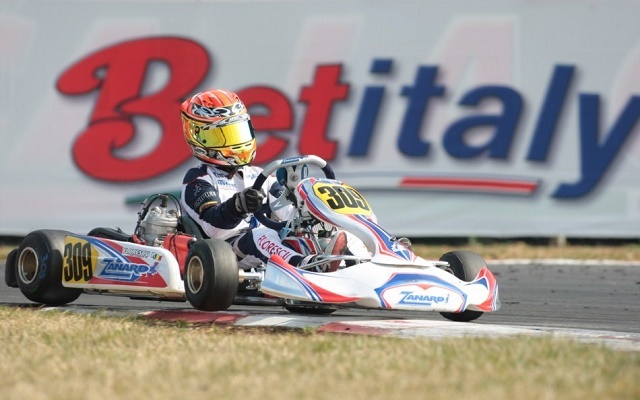 Carlin Motorsport have named Petru Florescu as the third and final driver of their lineup for the inaugural MSA Formula season in 2015.

Florescu, a Romanian karting driver, was ruled out of racing for most of 2014 after breaking both of his legs during preparation for the WSK Champions Cup.

During recovery, he teamed up with Carlin Academy and made enough progress to secure a full-time return to racing in 2015.

Prior to his injuries, Florescu was the winner of the 2011 Rotax Mini Max Grand Festival and runner-up in the KFJ class of the WSK Final Cup in 2013. He also finished ninth in the KF-Junior class of the CIK-FIA World Championship.

“I am very happy to be able to race with Carlin in 2015”, said Florescu. “I feel at home in the team and the Carlin Academy helped me immensely. The comeback from my accident has been a difficult struggle, but I?ve worked hard and feel more prepared than ever. I am very much looking forward to next year?s challenge!”

“The progress that Petru has shown since he first started testing with us in the Carlin Academy is quite staggering,” reckoned Trevor Carlin. “From being unable to get in the car himself for a seat fit, he?s now applying the same brake pressure as his peers and demonstrating a competitive pace in testing.”

“He has shown utter determination and I?m delighted that we?ve been able to help him through his period of recovery back into a race seat again. I?ve no doubt that he will be a great asset to the team and will progress further as the 2015 season unfolds.”