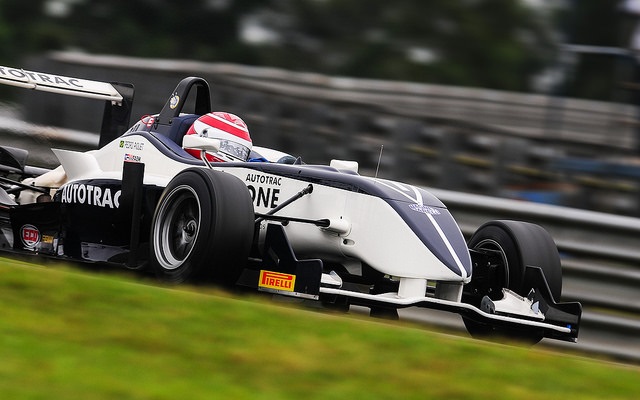 Double Brazilian Formula 3 champion Pedro Piquet?will drive with the Van Amersfoort Racing team when he moves to the European series in 2016.

Piquet’s father Nelson, the triple Formula 1 world champion, confirmed his son would head to Europe after he secured back-to-back titles in his homeland in September.

The 17-year-old has since been testing over recent weeks at Spielberg, the Nurburgring and Spa with Dutch-based squad VAR, which won 10 European F3 races with Max Verstappen in 2014 and four this year with Charles Leclerc.

“If you take look at the results of the last seasons in European F3, you will see that Van Amersfoort Racing is in the battle for the championship every year,” he said.

“I also like the atmosphere within the team: a relaxed, almost family atmosphere yet with the ambition to win. I am confident that together with Van Amersfoort Racing I can show the world what I am capable of at the track.

“Above all, this season will be a learning year. Especially on new tracks I will have an disadvantage, but for the second half of the season I aim for top 10 results.”

Team boss Frits van Amersfoort added: “The Piquet family know all the tricks of the trade. For us it is a big compliment that Pedro and Nelson opted for us.

“Pedro has the dedication it takes to be a successful racing driver. We are going to help him turn his ambitions into results.”

It was announced earlier this week that Piquet will begin his 2016 campaign by revisiting the Toyota Racing Series.

He won 11 out of 16 Brazilian F3 races in his maiden car racing season in 2014 but despite testing with European teams over the following winter, he remained in his home country for a second season to complete his education.

This year he has won all 12 of the 14 races he has finished, with two still to take place at Interlagos next month.

He’s also competed in Porsche racing, including guest Supercup appearances in Austria and Hungary and a notable crash in Brazil a week after clinching his F3 title in which he rolled nine times but escaped uninjured.

He is the fourth famous racing son to have joined VAR in the past two years. Following Verstappen’s success, the team signed both Mick Schumacher and Harrison Newey for its 2015 ADAC Formula 4 campaign.

Newey, who also finished second in BRDC F4 this year, has been testing regularly alongside Piquet for the VAR F3 squad.

The team’s 2015 rookie Alessio Lorandi has continued to test with the outfit, but has also sampled Prema and Motopark-run machinery.

Of Lorandi’s team-mates, Leclerc is poised to switch to GP3 for 2016 while a move to Carlin looks likely for Arjun Maini.