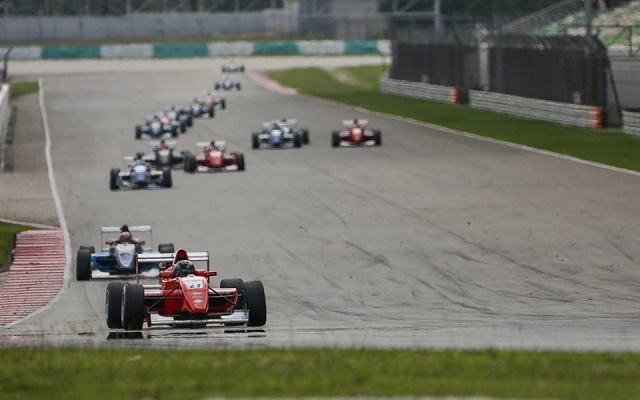 The 20-year-old managed to keep race one winner Martin Rump at arm’s length, winning the race by 2.6 seconds.

Read’s teammate Sean Hudspeth recovered from 11th on the grid to take fourth, while Meritus’s Daniel Woodroof put in an even more stirring drive, fighting back to fifth after being forced to start from the pits as he made up eight places on the opening lap itself.

The only retiree was Takeru Muratomi, while Yuan Bo was unable to start after sustaining suspension damage in a collision on the formation lap.