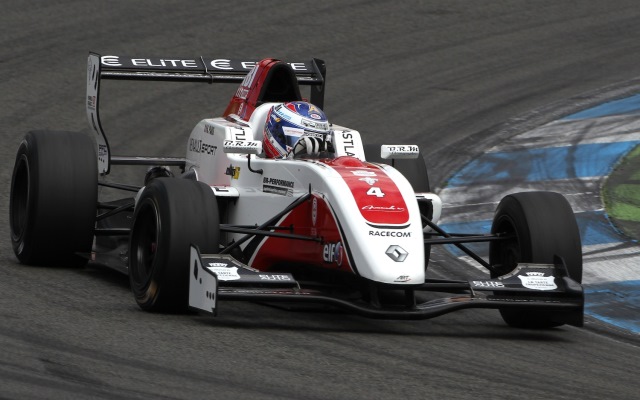 Aurelien Panis emerged victorious in the third race of the Hockenheim weekend in Formula Renault 2.0 NEC.

Panis started from pole thanks to the reverse grid system based on race one results, and took advantage of drivers battling for positions behind him, which cost them valuable time.

After an eventful first two laps, which saw four drivers retiring, Levin Amweg and Callan O’Keeffe ended up in second and third. Later on these drivers traded positions to complete an ART Junior Team lock-out on the podium.

Winner of race one, Gustav Malja and Japanese driver Ukyo Sasahara secured fourth and fifth respectively, while Ben Barnicoat defended well on the last couple of laps to keep sixth from Steijn Schothorst and Louis Deletraz.

Starting from 21st, Seb Morris?showed an impressive performance?to fight his way up to ninth with Jake Hughes completing the top ten.