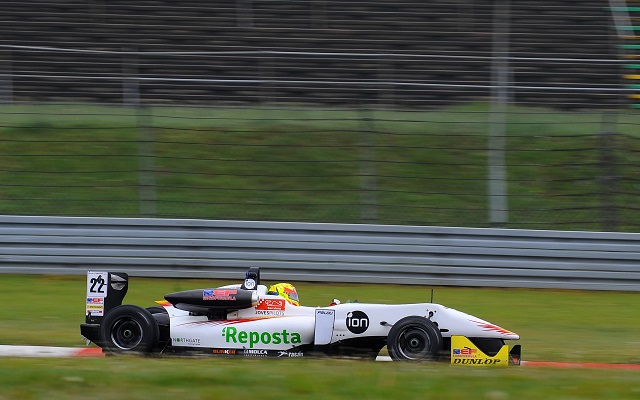 Spanish karting graduate Alex Palou took his maiden win in cars in the first weekend of the 2014 Euroformula Open season at the Nurburgring.

Starting from pole in race one, Palou kept the lead off the line and subsequently built up a healthy three-second lead and kept it till the checkered flag.

Series returnee Sandy Stuvik had a similarly collected race in second, keeping position but never quite managing to challenge Palou for the win. Meanwhile, there was a great battle for the last spot of the podium between several drivers, and, with two great moves, it was Yu Kanamaru who eventually finished third, followed by Polish driver Artur Janosz.

Despite starting from third, Thai racer Tanart Sathienthirakul had to settle for fifth after a late move on?Cameron Twynham, who dropped from third on the openin lap to sixth due to clutch issues.

Yarin Stern had a great recovery race from 16th to seventh, with the top ten completed by Konstantin Tereshchenko, Igor Urien and Wei Fung Thong.