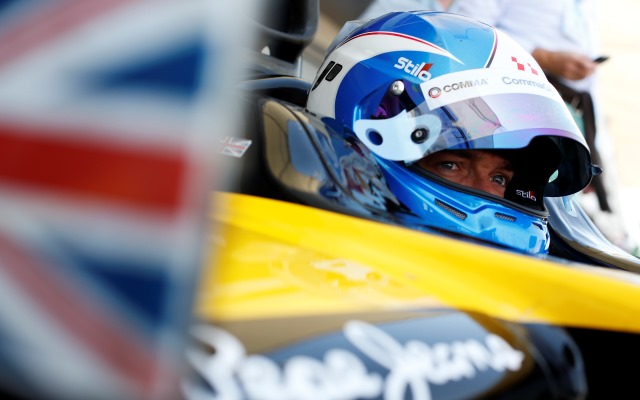 GP2 championship leader Jolyon Palmer set the pace ahead of Monaco specialist Johnny Cecotto in practice in the Principality.

Palmer, who has finished all four races so far this season on the podium, achieved a time of 1m20.707s in his DAMS car.

That put the British racer 0.336s ahead of second-quickest Cecotto. The Trident driver, who won the feature race last time out in Barcelona, previously won in Monaco in 2012 and claimed pole position last season.

Local drivers Stephane Richelmi and Stefano Coletti completed the top four ahead of Mitch Evans, a double podium finisher in Monaco last year. The New Zealander was on another quick lap towards the end of the session but ran over Andre Negrao at Rascasse, making contact with the returning Arden driver’s car and breaking his own front wing.

Sergio Canamasas recovered from having to use the escape road at Mirabeau to end up sixth in the second Trident car, just ahead of Caterham’s Rio Haryanto.

Felipe Nasr sat second quickest before he crashed out at the Nouvelle Chicane. The Brazilian, who broke his GP2 win duck at the 50th time of asking in the Barcelona sprint race, ran deep and then hit a raised kerb upon returning to the track, which lifted his car off the ground and sent him into the tyre barriers, triggering the only red flag of the session.

Nasr wound up eighth, just ahead of Carlin team-mate Julian Leal with the point-less in 2014 Alexander Rossi completing the top ten.

Nathanael Berthon crashed out at the final corner before he set a time.