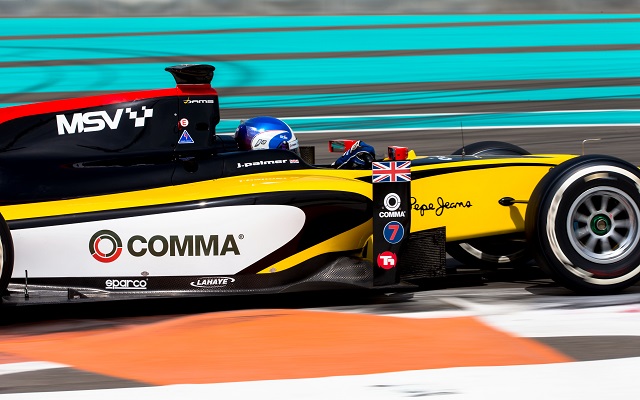 DAMS driver Jolyon Palmer set the pace in the afternoon session of the first day of GP2 testing at Yas Marina.

The Brit, who figures among the title favorites for the upcoming season, posted his session-topping lap with an hour remaining on the clock and would not be matched throughout the rest of the day’s running.

Russian Time’s new recruit Mitch Evans was one tenth down in second despite his limited mileage in the afternoon session. Palmer’s teammate Stephane Richelmi took third, narrowly ahead of Hilmer’s Daniel Abt and ART’s Stoffel Vandoorne.

A chart-topping time from Johnny Cecotto with two hours to go allowed the Venezuelan to settle for sixth, with 2013 title challengers Felipe Nasr and Stefano Coletti in seventh and eighth respectively.