Owens stays on with Mark Burdett for second NEC year 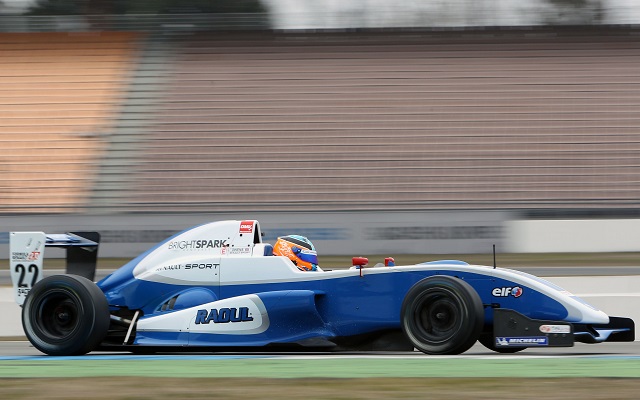 British racer Raoul Owens will remain in Formula Renault 2.0 NEC for a second campaign, having confirmed a 2014 deal with Mark Burdett Racing.

Owens, 19, impressed in his rookie year in the NEC championship, taking ninth in the standings and a rookie podium at Spa. He came close to adding a second top-three finish at Zandvoort, but retired in the closing laps in difficult weather conditions.

Prior to that, the Brit raced in Protyre Formula Renault with Antel and was 19th with 70 points.

“It?s fantastic to have our 2014 deal confirmed, I?m really pleased to be staying with the guys at Mark Burdett Motorsport and I?m confident we can have a great year together”, stated Owens. ?We gelled really well last year and I?m looking forward to working closely with Andy Miller [race engineer] and Robbie Kerr [driver coach, A1GP race winner] again, we made big strides last season.”

“With a strong team-mate like Jake on board I?m confident we?ll be able to push each other on and mount a strong challenge”, he added. “We proved last year Mark Burdett Motorsport can produce a car capable of regularly running at the front, the aim this year has to be to try and fight for the podium every weekend and then see where we are at the end of the season.”

Apart from a full-time NEC campaign, Owens is set to contest select rounds of the Eurocup and the Alps series.