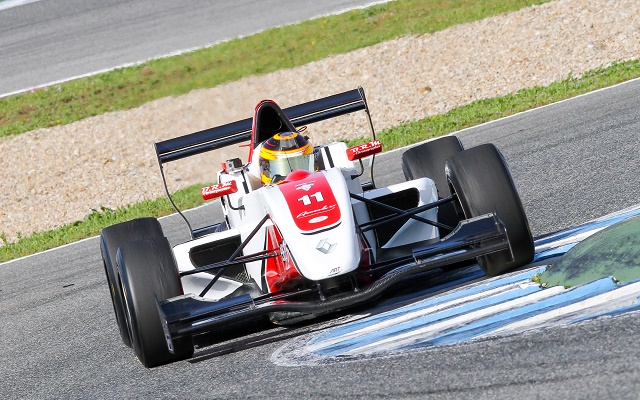 ART Junior Team have signed Darius Oskoui for the 2015 season in Formula Renault 2.0.

Oskoui, 17, is set to race in both the Eurocup series and NEC.

The Swiss driver graduated from French F4 in 2012 after taking sixth in the standings, with a win from pole at Paul Ricard.

He tested with ARTA Engineering in FR2.0 in 2013 and was set for a Eurocup drive last year, but parted ways with the team without driving a single race.

With ART, he recently ran in Eurocup pre-season testing in Aragon and Jerez, setting the second-best time in the latter event.

Oskoui is the second driver confirmed for an ART Junior Team seat in Formula Renault, with Ukyo Sasahara having announced his deal earlier.