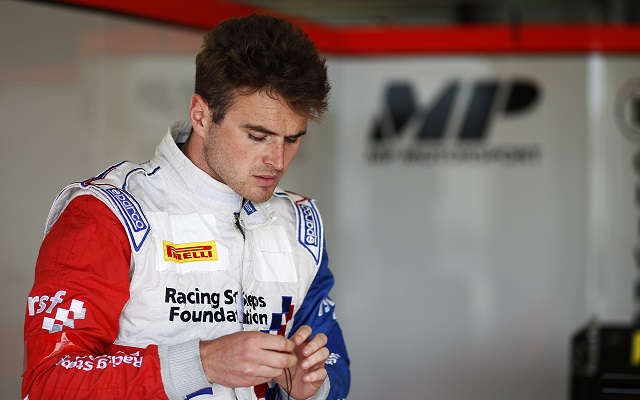 Formula Renault 3.5 champion Oliver Rowland will be back in GP2 action in the final two events of the season for the Status Grand Prix team.

Rowland scored points in both races on his GP2 debut with MP Motorsport at Silverstone and joined GP2 champion Stoffel Vandoorne on the front row of the grid at his next appearance at Spa.

The Racing Steps Foundation-backed ace will now join Status for the back-to-back rounds in Bahrain and Abu Dhabi later this month.

“The RSF felt that driving for Status offered me a good opportunity to gain valuable experience at tracks that I’ve not raced on previously,” said Rowland.

“Needless to say, I’m delighted to be back racing in the series again. The car suits my style of driving, so hopefully I can give a good account of myself.

“As always the target at both rounds will be podium finishes. Naturally, if I could add to the team’s wins at Monaco and Sochi, I’d be over the moon.”

Status team principal Teddy Yip commented: “We?re delighted to welcome Oliver to our GP2 team and it?s clear that he has a very bright future in our sport.

?Oliver is a world?class driver with a Formula 1 career beckoning. It won?t be an easy task competing against so many experienced GP2 drivers but we have full confidence in his driving ability and commitment to the programme.”

Status has not said which of its two regular drivers will make way for Rowland but Richie Stanaway, who took the team’s first two victories this year, will be on World Endurance Championship duty for Aston Martin at the Bahrain event and will test an Audi LMP1 car at the rookie test afterwards.

Marlon Stockinger has driven the team’s other car but not yet scored a point.

The MP car Rowland drove earlier in the year had already been secured until the end of the season by Nicholas Latifi, while Daniel De Jong could well be ready to make his return from injury in the other car after testing in Formula 3.5 V8 last week.