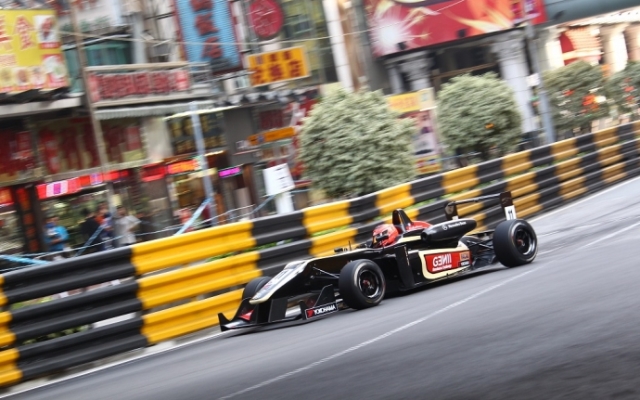 Prema Powerteam have confirmed that Lotus F1 junior Esteban Ocon will race for the team in this year’s FIA F3 European Championship.

The 17-year-old Frenchman had been set for a berth with Prema since making his debut for them at the Macau Grand Prix, where he fought back to finish tenth despite stalling at the start.

Ocon has two years in Eurocup Formula Renault 2.0 under his belt, finishing third in the standings with two wins last year.

“I’m very happy and proud to have been chosen by Prema Powerteam for the 2014 campaign,” he said.

“After Macau and the winter tests, I feel ready to deliver and carry the Prema and Lotus F1 Junior Team colours to the top.”

Team manager Rene Rosin has been impressed by Ocon so far.

“When we evaluated new, young drivers to add to our team for the 2014 season, we haven?t had any doubts on Ocon, as he proved his talent throughout his developmental path,” said Rosin.

“This impression was corroborated by facts during the Macau weekend, when he progressively improved his pace and made it to the top ten on one of the world?s toughest street courses. I definitely think that Ocon will be a frontrunner in the European F3 series.”

Ocon is the second driver to be officially confirmed by Prema for 2014, after Dennis van der Laar. Ferrari protege Antonio Fuoco will join them, while Nicholas Latifi has also been testing with them in recent weeks.