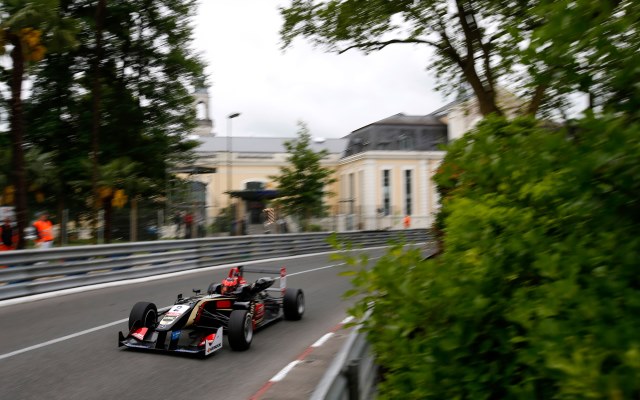 FIA F3 European Championship leader Esteban Ocon has claimed pole position for the first race of the weekend at his home event in Pau.

With the field split into two groups for qualifying around the French street circuit, Ocon claimed pole with one final attempt at the end of the Group B session following a late red flag.

Prior to that, the Lotus F1 junior had been 0.006 seconds shy of the time of Group A pace-setter Lucas Auer.

Max Verstappen was a rival of fellow free practice leader Ocon in Group B, and was just 0.003s behind him during the late stoppage, caused when Ed Jones crashed heavily at Foch. The Dutch single-seater rookie did also find time with his final lap, but finished 0.024s slower than Ocon.

Nicholas Latifi was second in Group A to join Verstappen on row two. Jake Dennis had strong pace throughout Friday at a circuit he raced on in Formula Renault 2.0 last year and finished third in Group B. Fellow Carlin driver Tom Blomqvist was third in Group A, but must serve the final stage of his three-race ten-place grid penalty for an engine change at Hockenheim last week.