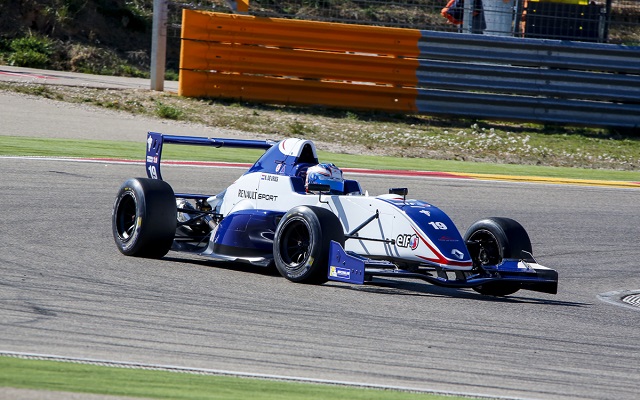 Koiranen’s Nyck de Vries took pole position for the second race of the third round of the Eurocup Formula Renault season at Moscow Raceway.

De Vries improved on the benchmark set by Kevin Jorg to take his fourth pole of this season.

The drivers from Group B were out first this time around and their 15-minute session proved even more hectic than usual.

With most drivers on their warm-up laps at the halfway point of the session, the red flag was suddenly brought out for the stopped car of Prema racer Bruno Bonifacio.

As such, the competitors had very little time to get a good lap in and the spectators were treated to non-stop changes at the top of the timesheets.

Andrea Pizzitola led the group heading into the final three minutes, but it was Josef Kaufmann Racing’s Jorg who stunned the field with a rapid lap seconds before the checkered flag.

Fortec’s Matt Parry got close to Jorg’s benchmark in the final seconds of the session, but the Swiss driver remained at the top of the group.

The fight in Group A was not quite as close with de Vries taking over in first with four minutes to go and remaining as the session leader.

Stroll beats Maisano to take race one win at Imola