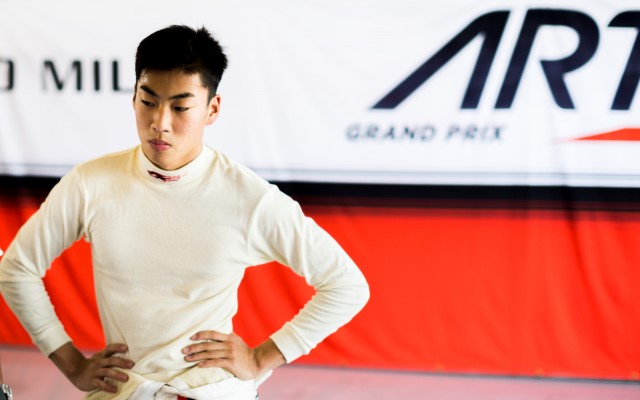 Japanese Formula 3 rookie standout Nirei Fukuzumi will step up to the GP3 Series in 2016 with ART Grand Prix,?Honda has announced.

Fukuzumi, 19, tested for ART at Yas Marina Circuit?last December in preparation for a possible move to GP3 that has now been confirmed.

The Honda?Formula Dream Project (HFDP)?prospect is in only his third year racing single-seaters, and follows fellow Honda young driver?Nobuharu Matsushita to race in Europe with ART in 2016.

In 2015, Fukuzumi finished fourth in the All-Japan Formula 3 Championship, driving for HFDP Racing. He swept both races at Twin Ring Motegi in August, and ended the season at 72 points with two wins, three pole positions, three fastest laps, and four other podium finishes.

As a single-seater rookie in 2014, Fukuzumi won the Japan Formula 4 West Championship. He also made his sports car racing debut in 2015, driving?in Super GT as a third driver for Autobacs Racing Team Aguri (ARTA) in the Suzuka 1000km.

Fukuzumi becomes ART’s first GP3 driver to be confirmed for 2016. Charles Leclerc is expected to join him, while Nyck de Vries and Alex Albon are also potential candidates after testing with the team.

“I am very excited to race in GP3 Series with ART Grand Prix,” said Fukuzumi.

“I think it will be a challenging year for me in a new environment and with a lot to learn but I will do what I can to get the best possible result at every race.

“I am very thankful to Honda and ART Grand Prix for giving me this great opportunity in GP3 and I am looking forward to all the new experiences.”