Nikita Mazepin steps up to F3 with Hitech GP 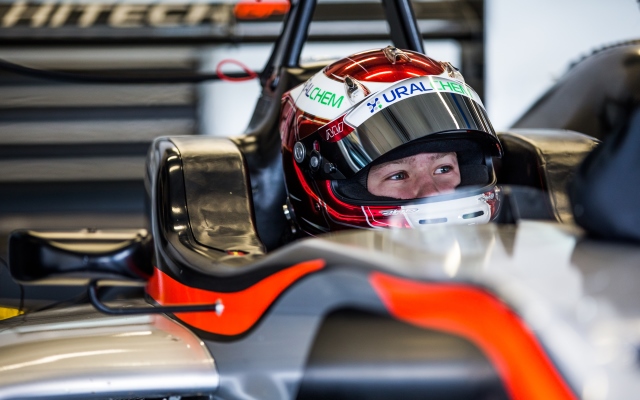 Mazepin makes the step up to F3 after a year in Formula Renault 2.0, in which he finished 12th in the NEC with one podium finish.

The 16-year-old is a protege of Hitech director Oliver Oakes from his karting days, when he came second in the 2014 world championship behind Lando Norris.

?Since the Renault season finished I have tested the F3 car a few times and I really liked it, the aero and braking is a big step forward from what I have been used to,” said Mazepin.

?There are a good number of drivers in recent times who have proved F3 is one of the very best single-seater series in the world for developing talent, so I am really happy to be racing in the FIA championship in 2016.

?This season was a good first year for me in cars, I had some good results ? it was great to be on the podium at the Red Bull Ring ? and learnt a lot. Now, I really am looking forward to stepping up into F3 with the guys at Hitech GP.?

Mazepin’s father Dmitry – estimated to be worth just over $1 billion – is sponsoring the Hitech project through his companies, and Mazepin has been testing the team’s Dallara-Mercedes alongside first singing George Russell.

Team manager David Hayle said: “We followed Nikita’s results closely over the course of this season in Formula Renault ? like any young driver, the step-up from karting to cars is never an easy one but he had some good weekends, good results, and conducted himself well.

“Moving up to F3 is obviously a step up from what he has done so far, but from the job he has done in testing with us I am confident in Nikita?s ability to do us proud next season in FIA F3.?