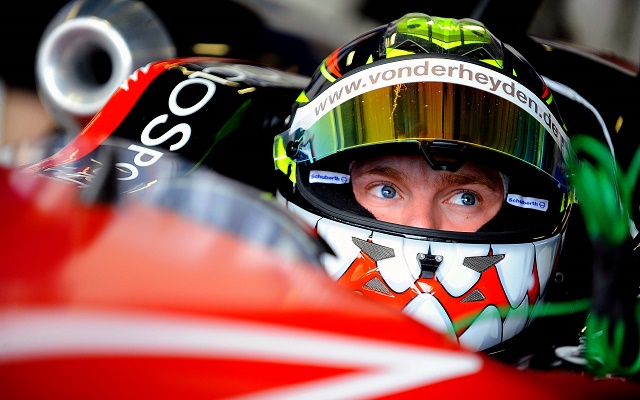 German driver Nicolas Pohler will graduate to the FIA F3 European Championship in 2015.

The 19-year-old from Munich will join British squad Double R Racing, having tested with the team at Catalunya and Valencia during the off-season.

In 2012, Pohler spent his debut season in cars in the entry-level ADAC Formel Masters series, finishing 18th and claiming a best finish of sixth for Team KUG.

He joined DAV Racing for a stint in the F3 Open’s Copa class in 2013 and, with three class podiums, took eighth in the standings.

Last year, he switched to the main class of the series, joining British squad Team West-Tec. He ended the season in 12th overall.

“?I felt good with Double R right from my first test and I was impressed with the professionalism and dedication to provide me with the perfect car,” stated Pohler, ?Boyo [Hieatt] and his team have high goals for 2015 in the FIA Formula 3 European Championship and so do I. We will be pushing hard to make an impact during the upcoming season.”

Double R contested six rounds of the 2014 FIA F3 schedule with British F3 race winner Felipe Guimaraes and, with the Brazilian breaking into the points on just two occasions, finished 11th in the teams’ standings.

“It?s fantastic to be able to confirm Nicolas as our first driver for this year?s FIA F3 championship,” said team boss Hieatt. “There?s a lot of unfinished business there for Double R”

“We?re determined to be closer to the sharp end this season and Nicolas certainly has some good experience from the Euroformula Open. While the European championship is a much bigger challenge, Nicolas is hungry to succeed.”

Double R are likely to field more than one car this season, with Formula Masters China graduate Matt Solomon also believed to be in talks with the team.