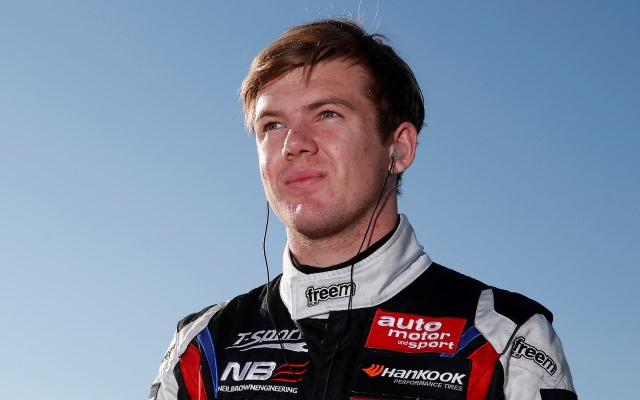 Macau Grand Prix podium finisher Nick Cassidy has secured a drive in Japanese F3 for 2015 with the Toyota-supported TOM’s team.

A two-time winner of the Toyota Racing Series in his native New Zealand in 2012 and 2013, Cassidy has raced sporadically in Europe in recent years including Eurocup Formula Renault 2.0 and European F3.

A three-event deal with the T-Sport team at the end of last year culminated in a podium on his debut in Macau.

?I?m delighted to be asked to drive for a team as respected and successful as TOM?s and look to make the most of this opportunity in 2015,” said the 20-year-old.

“I?m ambitious and take in a lot of confidence after my result in Macau last year, it?s been the culmination of a lot of support. A big thank you to everyone that has helped me in my career to date.”

TOM?s General Manager Susumu Koumi commented: “We are very pleased to have Nick in our F3 team for the 2015 Japan F3 Championship.

“It will be his new challenge this year not only in racing, but also working in a completely different culture and environment but these will be his asset for his future career as many of ex-TOM?s F3 drivers have been proving. We are quite excited to see the opening round in April.?

“We have always had an objective within the Toyota Racing Series that New Zealand’s talent would be recognised on the international stage and to see Nick now moving to a Toyota backed team in Japan is a great affirmation of his talent and the hard work that he has put in over the years,” he said.