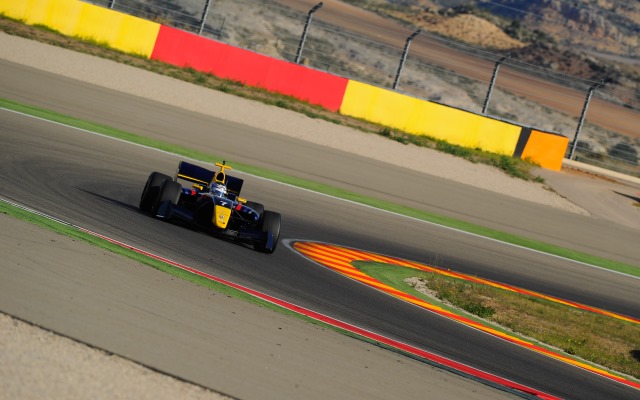 Nicholas Latifi has joined Arden for the 2015 Formula Renault 3.5 season.

Tenth in the FIA F3 European Championship and fifth in the Macau Grand Prix last season, Latifi also did races and tests in both Formula Renault 3.5 and GP2 at the end of the year.

He ended a three-round programme in FR3.5 with Tech 1 Racing with a second place finish in the season finale at Jerez. Then, driving the Arden car (pictured) that Pierre Gasly took to the runner-up spot in last year’s championship, he beat 2015 title favourite Oliver Rowland to post the best time of the post-season test at Motorland Aragon.

The 19-year-old Canadian began his single-seater career in Italian F3 in 2012, winning a race on his way to seventh in the standings. He then stepped up to the European Championship with Carlin, finishing 15th before switching to Prema for last year. He also won four races in the Florida Winter Series run by the Ferrari Driver Academy at the start of 2014.

?I am excited for the opportunity to work with Arden for the Formula Renault 3.5 championship in 2015,” said Latifi, who will be team-mate to SMP-backed FR2.0 graduate Egor Orudzhev.

“From the moment I started testing with Arden in the post season, the team and I worked very well together.”

“I am confident we will be in a position to fight for the championship right from the start. I can’t wait for the season to begin.”

Team boss Garry Horner added: “We are delighted to have Nicholas with us for the 2015 season. He spent some time with us during the end of season testing in November last year and we were impressed with his mature manner and his analytical instincts in the engineering of the race car.“