Nicholas Latifi replaces Daniel Abt at Hilmer for GP2 finale 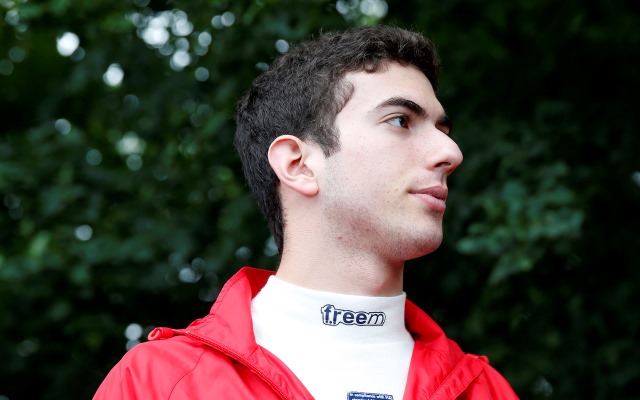 Nicholas Latifi will sample GP2 for the first time this weekend when he races for Hilmer Motorsport in place of Daniel Abt.

Abt has withdrawn from the event to focus on the clashing second round of Formula E, where he drives for the team bearing the family name.

The former GP3 runner-up has scored a best result of P5 on four occasions from 42 starts across two seasons in GP2, and is looking at moving to IndyCar for 2015.

GP2 will be the third different junior category that Latifi has taken part in in recent weeks.

Competing in his second season in the FIA F3 European Championship this year and finishing tenth in the standings, the Canadian driver also took part in the final three rounds of the Formula Renault 3.5 Series and scored a second-place finish in the final race of the season. He then posted the fastest time of the three-day test at Motorland Aragon.

Last weekend he finished up fifth in the Macau Grand Prix F3 race.

Jon Lancaster continues in the other Hilmer car. Elsewhere, Conor Daly returns to action at Lazarus after Sergio Campana had taken over his seat for Monza and Sochi.

Giovesi to make GP2 return with Rapax in Abu Dhabi