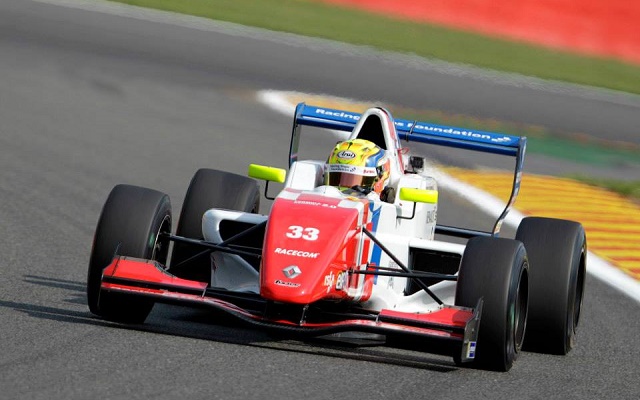 Racing Steps Foundation protege Ben Barnicoat will continue his partnership with Fortec Motorsports in the 2015 Eurocup Formula Renault 2.0 field, the team has confirmed.

Barnicoat, 17, will received continued support from RSF, having won a major FR2.0 crown in his first full year in cars.

Before that, he was an extremely successful karter, racking up titles on both the British scene and the international arena, including a 2012 KF2 European Championship.

The Chesterfield native then made his car racing debut in 2013 in the Protyre Formula Renault Autumn Cup at Rockingham, securing the title with two wins.

In 2014, he moved into single-seaters full-time, embarking on a campaign in Formula Renault 2.0 NEC with Fortec. He recorded his first win in the sixth race of the season at Hockenheim and eventually powered his way to the title, seeing off Swiss rival Louis Deletraz.

He made his debut Eurocup appearance in the season finale at Jerez, but was involved in a major crash in the first race and did not take to the track for race two.

Fortec have been ever-present frontrunners in the Eurocup over the recent years, placing third in the teams’ championship in every campaign since 2011. In 2014, they claimed one race victory, courtesy of Jack Aitken.