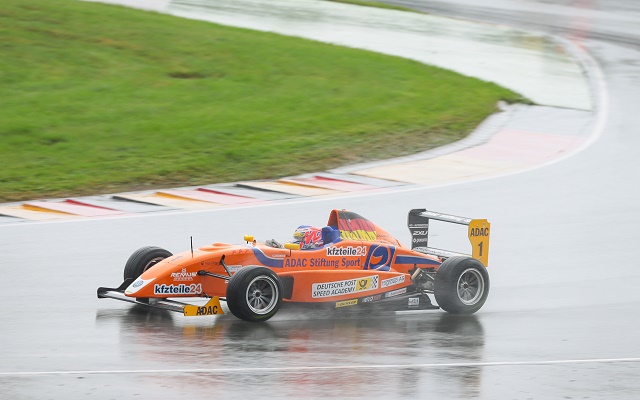 The German karting graduate started his racing career five years ago and spent the last four of them in ADAC Kart Masters.

In 2012, he took third in the Bambini class before graduating to KF3 to finish 11th. This year, in his final karting season, he ended up 14th in the KFJ class.

“I just can?t wait for my first battle for championship points in a single-seater”, stated Ortmann. “I am really proud to be able to contest motorsport races with a professional team like kfzteile24 Mucke.”

“In the past, Peter Mucke and his experienced crew have supported young drivers on their way into professional motorsport, including Formula One. And the highest class of formula racing is definitely a big dream of mine.”

Ortmann will race with Mucke Motorsport, who took part in every season of ADAC Formel Masters thus far and won a teams’ championship in 2013.

“We are excited about having a local driver in our team again. Mike is a young talent who has a lot of potential,? stated Peter Mucke.

?He definitely made an impression during the tests and we have high hopes for his debut season in formula racing.”

At Mucke, Ortmann could be joined by Benjamin Mazatis, who signed as development driver for the team last March with a view at racing this season.