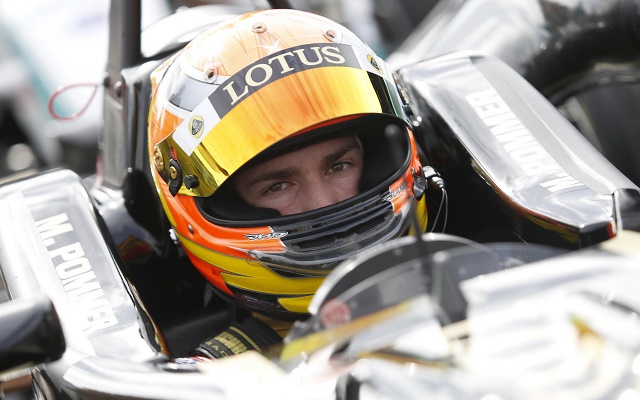 Markus Pommer will race in the FIA F3 European Championship in 2015.

Prior to that, he had won races in the FIA F2 series and ADAC Formel Masters.

?After my most successful year in racing so far, I?m glad to move up the ladder together with my partners, Team Motopark,” said Pommer.

“We want to continue right where finished off last season. Following our first tests, I?m very confident we can mix it with the best straight away.”

Pommer was in the driving seat when Motopark made their return to top-line F3 racing at tge Macau Grand Prix late last year.

“Following our F3 title and our strong display at Macau last November, we had both hoped and banked upon Pommer joining us for the European, too,” said team boss Timo Rumpfkeil.

“We?re glad we can make our move together ? and are looking forward to more success in the future.?

Pommer is the second German F3 graduate to join Motopark in the European series, with Scotsman Sam MacLeod having confirmed his move earlier this month.

Another German F3 racer Nabil Jeffri as well as Italian F4’s Mahaveer Raghunathan and F3 Brazil’s Sergio Sette Camara are all reportedly in contention for the remaining seats.