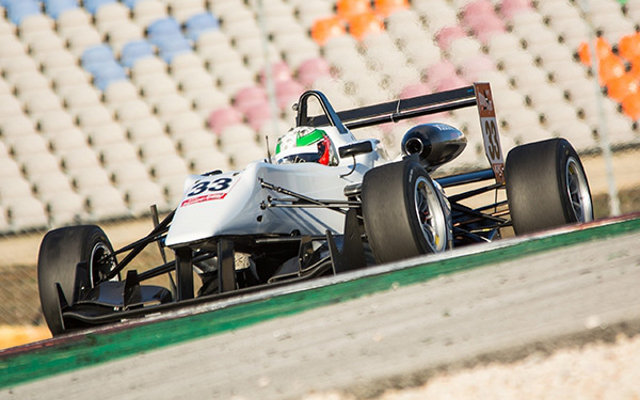 Sam MacLeod has been named as Motopark’s first entrant to the 2015 FIA F3 season.

The 20-year-old Scot started his single-seater career in 2013 with a promising sixth in Protyre Formula Renault.

He then moved on to his first season in F3 cars to do a dual campaign of the German and British series, prioritizing the former. MacLeod eventually ended up finishing both series in fourth, bagging seven victories and seventeen podiums in the process.

MacLeod, who is a member of the BRDC Rising Star program, is also taking part in the ongoing Toyota Racing Series where he is currently sitting 14th in the standings, but won last weekend’s final race at Hampton Downs.

“2015 will be the first year in FIA F3 for both myself and the team,” said MacLeod. “However we have built a strong foundation after our winter testing program which will allow us to aim to challenge for top results from the onset of the season.”

Timo Rumpfkeil, whose Motopark team went up against MacLeod in German F3 last year, added: “It was pretty obvious he is highly talented; more often than not, we had to pull all the stops to beat him. He was one of our first choices for our new assault on the European Championship. I?m glad we could sign him, for I?m sure we?ll play a major role in European F3 together.”

2015 will mark Motopark’s return to Europe’s biggest F3 series after their departure from F3 Euro Series in 2012. While MacLeod is their first confirmed driver, there are more names expected.