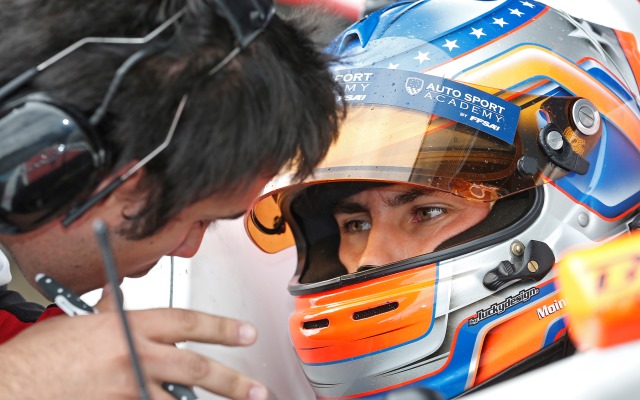 Valentin Moineault secured the French Formula 4 title in style by winning the opening race of the season finale at Paul Ricard.

Having taken a 59-point lead into the weekend and claimed a double pole in qualifying, Moineault just needed to beat his rivals.

An attempt by his chief competitor Sacha Fenestraz to take the lead on the opening lap led to him instead being relegated to third by Gabriel Aubry, who also had a slim title chance.

The front three ran close together for the remainder of the race with their fastest laps within half a tenth but Moineault remained out front to win the race and the title.

Fenestraz snatched second place back from Aubry on the final lap and finished 0.7 seconds behind Moineault.

Yifei Ye gets another French F4 victory at Paul Ricard