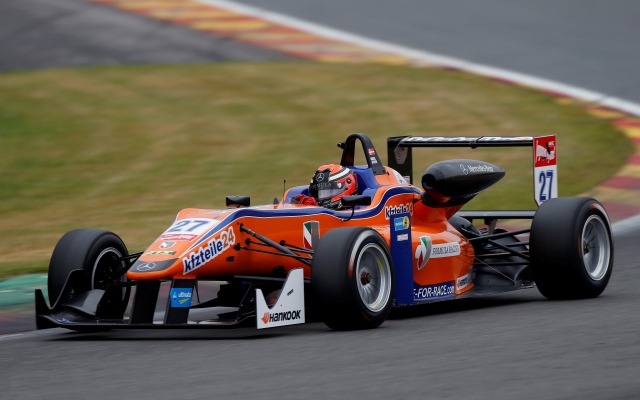 Danish driver Mikkel Jensen will continue to race for Mucke Motorsport for his sophomore season in the FIA Formula 3 European championship.

He joins Formula 4 graduate David Beckmann, who confirmed his deal at the end of last year, at the team.

Jensen, who stepped up to F3 in 2015 after successfully winning the ADAC Formel Masters series in 2014 had a relatively successful?rookie season in the European F3 series finishing tenth overall and sixth in the rookie championship.

He notably took two podiums and a pole position during the incident filled?rounds at Monza and Spa-Francorchamps respectably, but spent most of the season consistently in the middle of the top ten.

Mucke Motorsport team principal Peter Mucke?said: ?Mikkel should be in contention for the FIA Formula 3 European Championship title. We know him well, and for him, it is likewise, so we don?t need time to get used to one another.”

Mucke went on to say that Jensen’s experience last year would also help with developing Beckmann.??Certainly, David will be able to learn a few things from Mikkel, but they will mutually motivate each other to do better as well. And thus, the experienced Mikkel will be able to benefit from rookie driver David, too.?

The first race of the FIA F3 European Championship will be held at Paul Ricard on April 2nd.