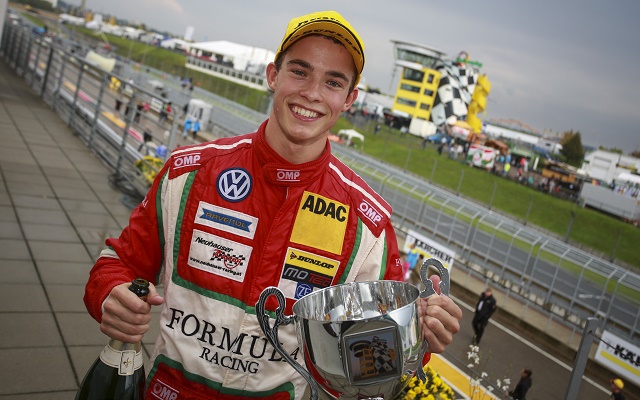 Reigning ADAC Formel Masters champion Mikkel Jensen has announced he will contest the 2015 edition of the FIA F3 European Championship.

The Danish racer links up with European F3 frontrunners Mucke Motorsport, having previously raced against them in his two years in Formel Masters.

Jensen, 20, finished tenth in his debut season in the German entry-level series in 2013, racing with a then-struggling Motopark.

A switch to Neuhauser for his second year proved very beneficial as Jensen saw off pre-season favorite Maximilian Gunther to claim the title in style, racking up ten wins across the campaign.

According to Danish newspaper BT, Jensen now enjoys the support of Mercedes-Benz as a member of their junior team.

At Mucke, Jensen joins the earlier announced Italian Michele Beretta. American racer Santino Ferrucci is heavily tipped to be joining the lineup as well and, with this announcement, the team would need to expand to four cars to field their top ADAC Formel Masters graduate Gunther.