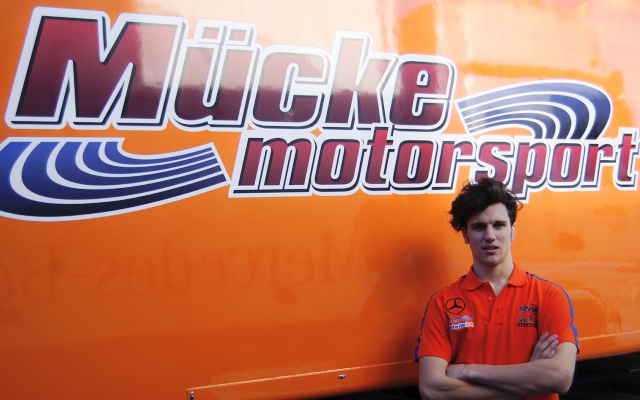 The Formula Abarth runner-up in 2013, Italian driver Beretta contested the European F3 series this year with EuroInternational, but failed to score any points.

He has recently been testing with Mucke, who finished one-two in last month’s Macau Grand Prix with Felix Rosenqvist and Lucas Auer.

“I am very pleased that we have reached an agreement for the 2015 season,” said the 20-year-old, who is managed by GT racer Andrea Piccini’s 4Motorsport firm.

“Continuing in the FIA F3 European Championship was the logical choice after the huge experience gained this year. Along with 4Motorsport we chose Mucke Motorsport both for the competitiveness shown in 2014 with Rosenqvist and Auer, and for its ability to develop its drivers during the previous season.

“Already in the tests carried out before the end of the championship at the Lausitzring I was very impressed with both the team and the car and? I had confirmation of this during the two days in Barcelona. This week we are back on track in Valencia for three days during which we can go up against most of the top teams.”

In addition to Beretta, the Mercedes-powered Mucke squad is known to have tested Santino Ferrucci, who also raced for EuroInternational this season before switching to Fortec, as well as Mikkel Jensen and Maximilian Gunther, who finished first and second in ADAC Formel Masters this year.