Michael Waldherr teams up with Motopark in ADAC F4 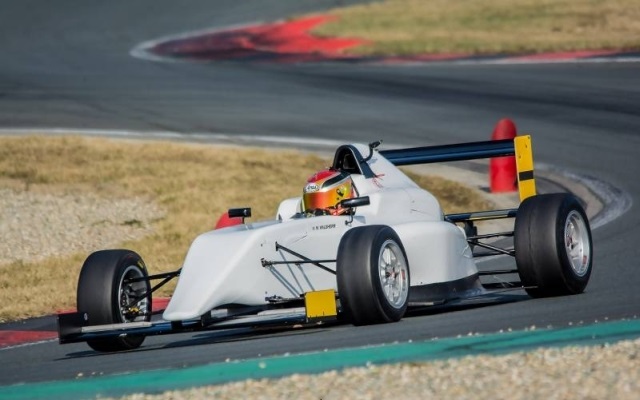 Michael Waldherr, 18, will race in ADAC F4 this season with Team Motopark.

The German driver started his career in the Formula BMW Talent Cup after finishing second in a shootout in 2012, going on to take third place in the Grand Final the following year.

Before graduating to a European single-seater championship, he spent a year in?Malaysian-based AsiaCup Series, finishing second in the points and taking the title in the Super 6 event at the end of the year.

“I have learnt an awful lot during my time in Asia,” said Waldherr.

“Now, I?m looking forward to a huge and competitive grid in the German Formula 4 Championship. I?m confident that we as Team Motopark will be perfectly prepared. The team has done a brilliant job; I felt right at home straight away.”

Team boss Timo Rumpfkeil added: “I?m glad that Michael has joined us. We?ve been following his career for quite a substantial while and have always stayed in touch, especially during his time abroad.

“When he tested for us in February, he showed some impressively competitive lap times straight away. That paved the way towards our decision. I?m sure Michael will come up with some very good results in his maiden Formula 4 season.?

Waldherr will join ADAC Formel Masters graduate Joel Eriksson and leading German karter Jannes Fittje in the team with another entry expected to be added to their lineup. Waldherr is the 26th name added to the ADAC F4 grid which is set to be massive in the inaugural season of the championship.