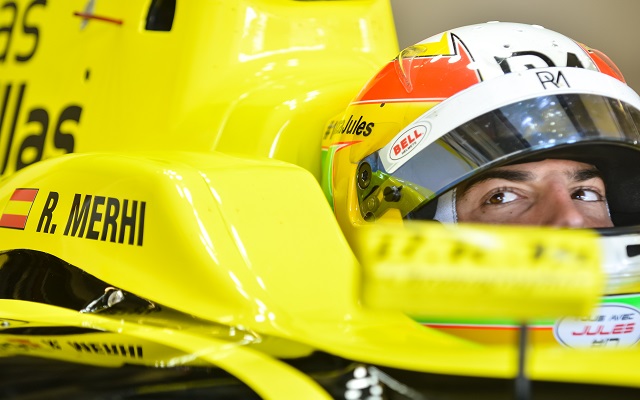 A cursory glance at Roberto Merhi‘s recent career history is unlikely to explain why the Manor F1 Team have recruited him to fill their vacant seat ahead of this weekend’s Australian Grand Prix.

For those unaware of Merhi’s situation, it’s completely natural to assume given Manor’s precarious situation recently that he must be paying for the opportunity.

But that is almost certainly not the case, and Manor have instead taken a chance on a guy that is quite possibly the best driver available.

Merhi is unfortunately perhaps best known for a difficult two years in the DTM with Mercedes, which yielded very little until a second-place in his final race before he was dropped.

Therefore, with little personal backing, the 2011 European F3 champion’s career appeared to be hanging in the balance last winter. But he was handed the opportunity to return to single-seaters by the Zeta Corse Formula Renault 3.5 team. Under new Russian ownership, the team’s backers were clearly keen to get a good experienced driver in to make them more competitive, and assist their own young driver in the other car.

Despite a pre-season that looked difficult from the outside, Merhi promptly finished the first race of the season in second place. A very strong spell in the middle of the year thrust him into title contention, with a maiden win in Moscow followed by more at the Nurburgring and the Hungaroring. He had closed up on fellow Spaniard and runaway points leader Carlos Sainz, but his car’s lack of competitiveness next time out in France cost him.

Third in the final standings was still a great result compared to what would have been predicted at the start of the year. His performances had opened an F1 door at Caterham, thanks in part to the presence there of former Mercedes DTM chief Gerhard Ungar. Zeta’s Russian backers claimed to be behind the attempts to get him into a race seat there, but things never went further than three free practice appearances.

Now managed by Mark Blundell, Merhi had said he didn’t want a second year in FR3.5, but with options limited, he last weekend secured a move to Pons Racing for 2015. The aim will be the same as last year, with the former champions having appeared to be off the pace in recent years after having a lack of top-line drivers in their cars. It’s been facilitated by several sponsors from Pons’ Moto2 operation becoming involved in the car programme, and they will no doubt be delighted if a Spanish driver can win multiple races this year in their car. 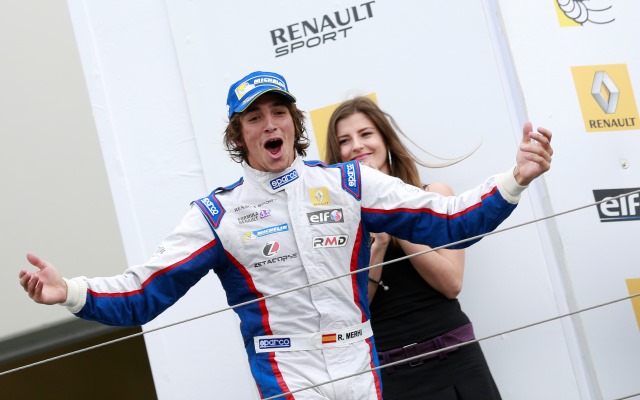 Manor have had limited options when trying to fill their second seat alongside Will Stevens, whose financial backing had made him an obvious candidate all winter had the team been able survive. They needed somebody who would be able to get a superlicence for Melbourne, and who would be willing to drive a car that could be a long way off the pace. Bringing a budget would have no doubt helped any prospective driver, but many such drivers may have already committed themselves to other programmes at this stage, be it in GP2, or as a Friday driver at another team (see Raffaele Marciello and Jolyon Palmer, for example).

Fortunately, it appears that funding has not been an absolutely crucial factor. When Manor saviour Stephen Fitzpatrick’s rumoured ?30 million investment is added to a similar amount of prize money thanks to Jules Bianchi‘s efforts in Monaco last year, you get the budget of around ?60 million that the team is aiming to stick to.

That’s allowed them to sign a driver on merit alone for the first few races at least, and although Merhi may not have been the most obvious choice when there are GP2 champions like Fabio Leimer still awaiting an F1 debut, he’s arguably the best option.

Because whatever went wrong with a roof over his head in the DTM, he was able to remind everybody last year that he’s a quality single-seater racer. And that’s long been the case.

In 2008, he finished fourth in Eurocup Formula Renault 2.0, and for most of the season he was the only driver to get close to title rivals Valtteri Bottas and Daniel Ricciardo, and the only other man to win multiple races. Okay, so he’s maybe not quite as good as those two, but they could go on to become two of the very best drivers in F1 – if they’re not already.

Three years followed in European F3, culminating in a dominant run to the 2011 crown with Prema Powerteam. His rookie season was contested with Manor Motorsport, the year before John Booth began his F1 adventure. That year, Merhi claimed four podiums on his way to a very creditable seventh in the standings.

It’s fitting that Booth should now hand Merhi his F1 debut as a new era at Manor begins, with the Spaniard joining Stevens and development driver Jordan King, who are both graduates of the Manor FR2.0 team. It’s clear already that Manor’s tradition with young drivers is something they really want to push in this new era. While Stevens’ and King’s links boost the team’s commercial strength in one way or another, Merhi’s raw ability behind the wheel of a single-seater makes him an ideal choice to fill the vacant seat for Melbourne.

Merhi might not be a GP2 or FR3.5 champion, but it’s not for a lack of ability that he simply hasn’t had that sort of chance yet. Financial realities will undoubtedly have to be considered but if Manor can continue to offer opportunities like this for talented drivers to get their F1 break, then their survival is very, very welcome. Credit to everybody involved for pulling this off. 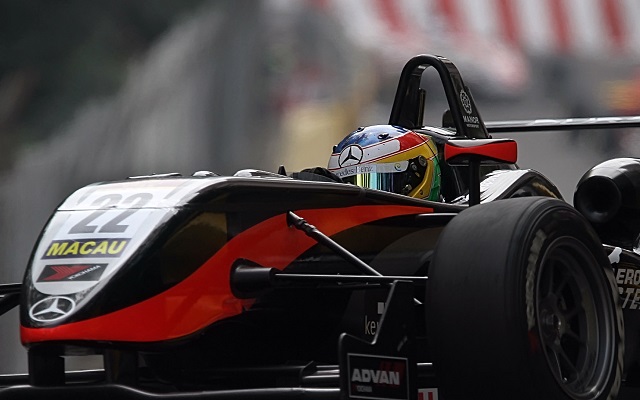 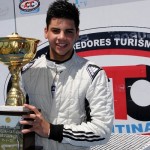 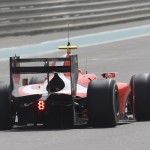