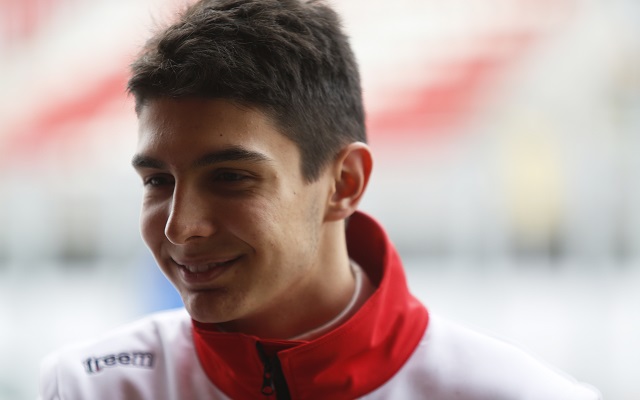 Mercedes has formally announced it will support European Formula 3 champion Esteban Ocon this season, signing a contractual option with the Frenchman on his future.

18-year-old Ocon had an uncertain winter after his F3 triumph as a rookie last year, with tests in Formula 1 with Lotus and GP2 with DAMS failing to lead to proper deals and leaving him to compete in GP3 this year with ART Grand Prix.

But with Mercedes now continuing its support for Ocon after he competed as a factory driver for the German marque in F3 last year, he will also perform the role of test and reserve for its DTM programme. ART has begun competing in the German-based series as a Mercedes team this year.

The contractual option “could see him become a fully fledged Mercedes-Benz driver in the future” according to a statement.

“Esteban is a mega-talented young guy and one of the stars of the future,” said Toto Wolff, motorsport chief at Mercedes and boss of its F1 team.

“I?m pleased we?ve found a good path to continue his relationship with Mercedes-Benz, because we have a strong tradition of supporting the best young drivers with a view to their long-term potential. We will be watching Esteban?s progress with a lot of interest and I hope this year will be the first of many working together.”

Ocon added: “I?m really proud to have the support of Mercedes-Benz this season and that the Mercedes AMG DTM team has trusted me with the important role of test and reserve driver. I spent last weekend with the DTM team in Hockenheim and hope that I can play a valuable role this year.

“But my main focus is on the opening races of the GP3 Series this weekend. I am proud to be racing with support from Mercedes-Benz and in a fantastic team like ART Grand Prix. I hope that I can compete for the title this year, starting with strong results in Barcelona.”