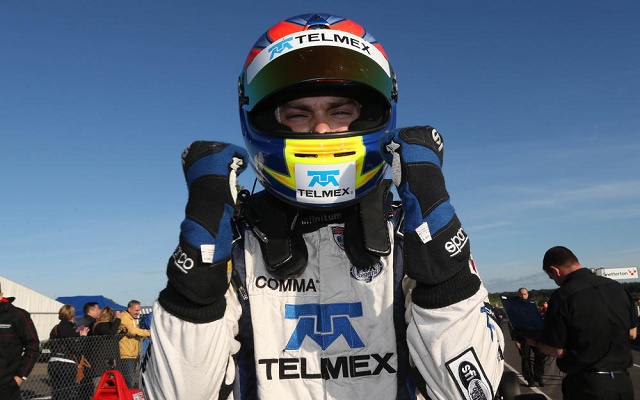 Diego Menchaca will take part in a rookie Euroformula Open season with Campos Racing in 2015.

The 20-year-old Mexican will compete in an international single-seater category after three years of racing in Great Britain.

After taking third in the regional LATAM Challenge in 2011, Menchaca moved to England to contest Protyre Formula Renault. With a best finish of sixth, he ended up 11th in the standings.

In 2013, he switched to BRDC F4 for its inaugural season, taking 11th once again with a podium finish. In his sophomore campaign, Menchaca added seven further podiums to his tally including a victory at Silverstone, to end the season in seventh.

?It is such great news to sign Diego for our team in Euroformula Open,” said Adrian Campos. “He is a very young driver coming from a country that’s playing a more important role in motorsport with each year.”

Menchaca is the third confirmed driver for Campos Racing’s lineup as the 20-year-old Mexican joins Konstantin Tereshchenko and Henrique Baptista.

“I think he is a driver who’ll be able to bring us brilliant results,” Campos added. “Konstantin, Henrique and Diego are three excellent drivers to approach this season with.”