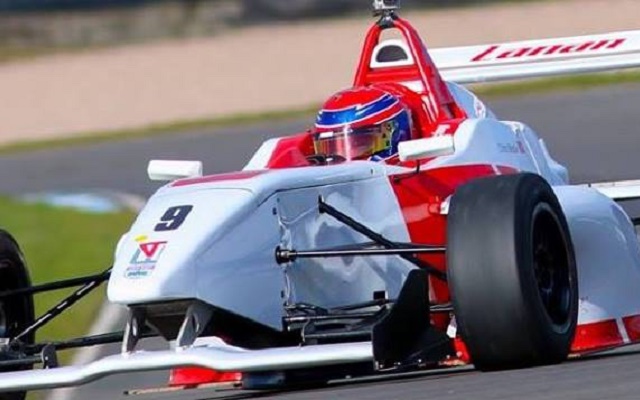 Mealin, who hails from Isle of Man, contsted the 2014 edition of the Formula Ford series as a Scholarship-class entrant with Falcon Motorsport.

The 21-year-old was top of his class in two races, which included a third-place finish overall in a rain-shortened race at Oulton Park. He finished the season in eighth overall and as third-best Scholarship racer.

“Joining Lanan Racing and BRDC F4 is a great move for me,” claimed Mealin. “They are the only team I wanted to join and I have to thank them for giving me the opportunity to demonstrate my talent.”

“My aim is to finish in the top three of the championship as a minimum but my main goal is to win the title.”

“Chris had a testing year in Formula Ford last year,” said team boss Graham Johnson. “We gave him a run out in our BRDC F4 car at Oulton Park recently however and he showed an impressive turn of speed. I am sure given our team environment that he will establish himself as a front-runner in Formula 4 over the course of the 2015 season.”

Lanan Racing have won both BRDC F4 drivers’ championships since the series’ inception in 2013 – with Jake Hughes in season one and George Russell in season two respectively.