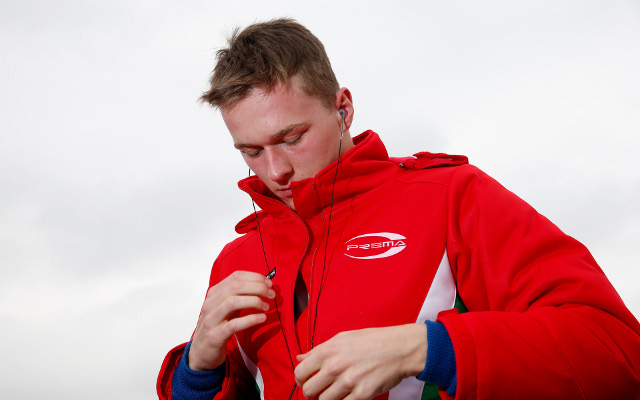 Maximilian Gunther has secured a deal with top FIA Formula 3 European Championship team Prema for next season after joining for the final round of 2015.

Having won a race at the Norisring for Mucke Motorsport in his rookie F3 season, Gunther switched to Prema for the Hockenheim finale and qualified second for his first race with the Italian outfit, before recording a pair of fourth-place finishes.

The 18-year-old German had previously been runner-up in ADAC Formel Masters for two straight seasons with Mucke.

“I’m very happy and proud to be part of the Prema family,” he said.

“The first race weekend with the team in Hockenheim as well as the testing days afterwards have been very impressive for me. The atmosphere inside the team is fantastic and their way of working is very professional.

“I’m very much looking forward to a successful cooperation in the future. I already can?t wait to drive the first race next season.”

Team boss Rene Rosin said Gunther had left a strong impression on his squad, which has run each of the last five European F3 champions.

?Gunther already entered the final round of the season at Hockenheim with Prema which gave us the opportunity evaluate his potential first hand,” said Rosin.

“He impressed us all as a really quick and consistent driver and those are the two major elements needed to be a successful part of Prema, so we did not miss the chance to sign him and I am proud to have him for the 2016 season.?

Gunther joins Lance Stroll and Ralf Aron as drivers announced by Prema for the 2016 F3 season.

Ben Barnicoat had been expected to join Prema but while the Briton tested for other teams last week, Nick Cassidy ran alongside Gunther, Stroll and Aron.

Egor Orudzhev confirmed to continue with Arden in 2016