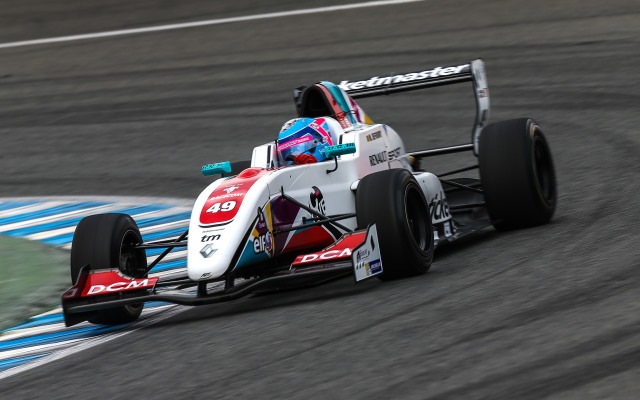 Max Defourny will remain in Formula Renault 2.0 with the ART Junior Team this year.

The Belgian will contest both the NEC and the Eurocup, having dominated much of Eurocup testing at the end of 2015, leading all four sessions across two days at Aragon in November.

The 17-year-old finished fourth in the NEC standings as the top rookie last season after stepping up from FR1.6, claiming a win on home soil at Spa and another at the Nurburgring.

Driver Club Management, which oversees Defourny’s career, said he had interest from teams in GP3 and Formula 3.5 V8, but that it felt remaining in FR2.0 was best for his development.

“After some great results last year, I am very excited for the 2016 season to contest Formula Renault 2.0 Eurocup and NEC with the ART Junior Team,” said Defourny, who only joined the French squad for round two of the 2015 NEC after his previous team Strakka withdrew from the category.

“We have a strong synergy together and I?ve felt good in the car.

“I will be pushing for the championship this year with the goal of stepping into a higher tier again in 2017.”