Matthieu Vaxiviere remains on top on Friday at Aragon 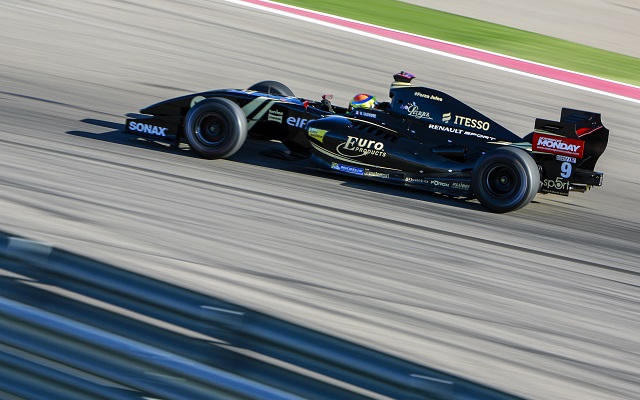 Matthieu Vaxiviere continued his imposing form in Formula Renault 3.5 at Aragon, topping the second of Friday’s pre-event sessions by over four tenths of a second.

The Lotus driver – who topped both pre-season test days at the Spanish circuit at the end of March and a total of four days over the winter – posted a time of 1m42.337s, three tenths slower than he had gone in the earlier session.

Vaxiviere took over at the top of the times from Fortec duo Jazeman Jaafar and Oliver Rowland, who were then split before the chequered flag by Strakka signing Tio Ellinas.

Eurocup Formula Renault 2.0 champion Nyck de Vries led for much of the session but ended up sixth, just behind his DAMS team-mate Dean Stoneman.

Alfonso Celis and Roy Nissany triggered a red flag each, with the former getting back on track to take 15th at the end of the session while the latter propped up the 20 runners.