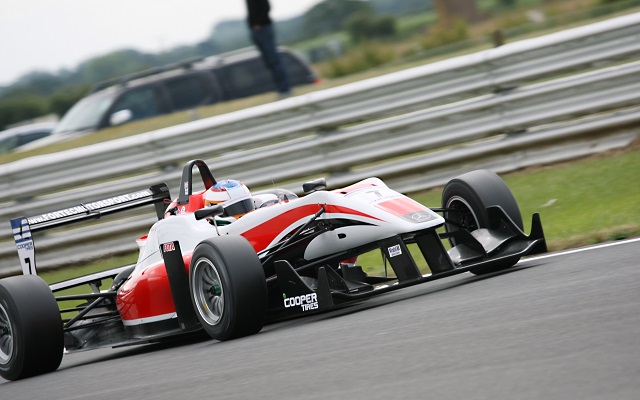 British F3 runner-up Matt Rao has been confirmed to graduate to the European Championship with Fortec.

The 20-year-old Briton started his single-seater career in 2011, with a second place in Formula Ford GB Scholarship class.?A year later he became the Duratec class champion of the series, as well as finishing tenth overall with a best finish of sixth.

2013 was a quiet year for Rao, as his graduation to Protyre Formula Renault only resulted in one podium and fifteenth in the standings.

He began last year with 14th in the Toyota Racing Series, followed by a strong title bid for the British F3 crown. However, he eventually had to settle for second, losing out to team-mate Martin Cao by just two points.

“I’m very pleased to be competing for Fortec Motorsports once more in 2015,” said Rao.

“After a fantastic 2014 with the team in British Formula 3, I have complete confidence that the team and I can work well together in what will be my rookie year in European Formula 3. Building on what I learnt last year, I hope to prove myself in what is arguably the most competitive junior category in the world today.”

Bruce Jenkins, Fortec team manager added: “It’s the natural step following his great year in British F3 with the team. He tested the current car in Valencia and showed his speed. It will be a steep learning curve to start with, but we’re expecting good things.”