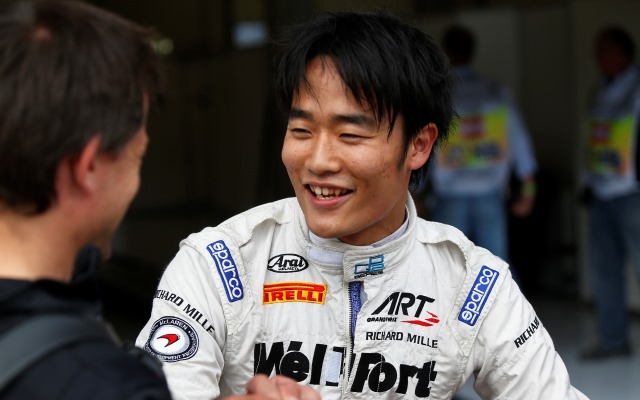 Japanese GP2 Series driver Nobuharu Matsushita will stay with ART Grand Prix for his second season in the series, Honda has confirmed.

22-year-old Matsushita, the centerpiece of the Honda Formula Dream Project (HFDP), will be joined by fellow GP2 sophomore?Sergey Sirotkin, who takes over the seat vacated by 2015 GP2 Series champion?Stoffel Vandoorne.

He has previously won championships in the All-Japan Formula 3 Championship and Formula Challenge Japan.

Matsushita finished ninth in the 2015 GP2 Series championship, third-best among series rookies, and claimed his first win in the series at the sprint race in Hungary. He also scored two other podium finishes, one fastest lap, and qualified on the front row for the feature races in Bahrain and Austria.

In December post-season testing at Yas Marina Circuit, Matsushita was the quickest driver in both test days in which he participated.

“He had an incredible year in 2015 when he did not know Europe or the championship, the team and the car, but nevertheless he secured one win, several podiums and made massive improvements all year long,” said ART team manager Sebastien Philippe.

“As a driver and on a personal level, we have no doubt at all that he has all the assets needed to fight for the title in 2016.”