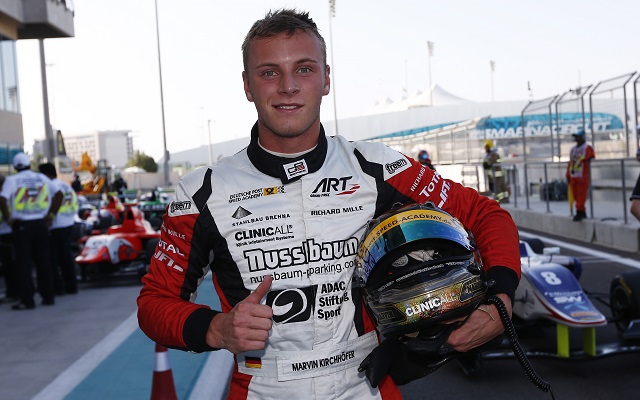 Italian squad EuroInternational have confirmed Marvin Kirchhofer and Nicolas Beer as their 2015 lineup in the FIA F3 European Championship.

Kirchhofer, 20, swept the ADAC Formel Masters and German F3 titles with Motopark in his first two years in single-seaters.

The highly-rated German then moved on to GP3 with ART Grand Prix, finishing third in his debut year with a home win at Hockenheim. He is widely expected to be retained by the French squad.

Beer, 18, is a fellow ADAC Formel Masters alumnus, taking fourth in the series in 2013. He went on to race in BRDC F4, but his campaign was abandoned after four rounds yielded only one podium finish.

The Dane made his German F3 debut with EuroInternational?in late?2014 and was set to contest the series full-time this year before it called off.

EuroInternational finished ninth in FIA F3 in 2014 with Michele Beretta as their sole full-timer. Newly-appointed DTM racer Tom Blomqvist recorded the team’s most recent European F3 podium in May of 2013.