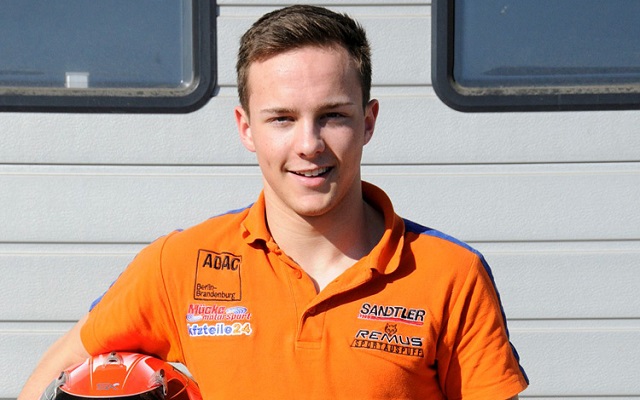 Marvin Dienst will race for Mucke Motorsport in the ADAC Formel Masters series this season, the team has announced.

The 17-year-old, who finished fifth in the championship last year with Neuhauser Racing, having secured his maiden win in the series at Slovakia Ring, makes the switch to Mucke with the aim of winning the drivers’ title. Prior to his rookie campaign in the championship, Dienst won the Formula BMW Talent Cup in his first year in car racing after a successful karting career in Germany.

Dienst completed a successful test at the Sachsenring with the Berlin based squad and believes a move to the champions would offer him a chance at the crown: ?The work of the Mucke team is very professional, so I can still learn a lot and develop myself further. This will help me have a say in this year?s title race of the ADAC Formel Masters.?

Mucke Motorsport has been one of the most successful teams in the ADAC Formel Masters, taking Alessio Picariello and Pascal Wehrlein to their drivers’ titles in 2013 and 2011 respectively. ?We look forward to working with Marvin Dienst,? said Peter Mucke. ?He has developed well and had a very good debut season. I think this year Marvin can race at the front and thus contend for the championship.?

Dienst is the first driver announced for the reigning champions for 2014. As well as taking the title with Picariello, Mucke ran runner-up Maximilian Gunther, Kim-Luis Schramm, Hendrik Grapp and Giorgio Maggi.