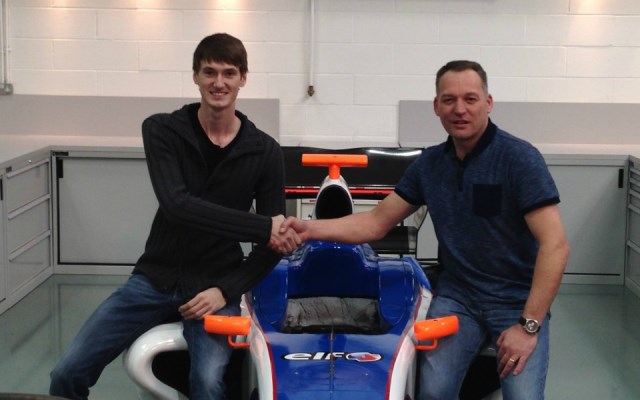 Nikolay Martsenko will remain in Formula Renault 3.5 for a third season, announcing that he has switched to Comtec for 2014.

The Russian has driven for the BVM Target and Pons teams for the past two years, finishing 20th in the standings on both occasions. Comtec finished last in the 2013 teams’ standings but won races with Nick Yelloly in 2012.

“In 2014, I will spend a third consecutive year in this competitive championship, where young drivers have everything they need to develop their professional skills.

“In the off-season, I talked with many FR3.5 teams and opted for Comtec Racing. My goal is to get into the top five this season. I will do everything possible to meet this challenge and take the next step in my career.”

Comtec boss Pierre Moncheur added: “Nikolay is an excellent acquisition to our team. In testing he has already demonstrated great speed – and now, building on the experience of two years in Formula Renault 3.5, is ready with Comtec to take the next step forward.”

Team manager Phil Blow commented: “We are pleased to welcome Nikolay to the team. For a long time we have followed his progress, and he impressed us especially in testing after the end of the regular season, where he held steady in the top five.

“We are confident in his abilities and potential, so are pleased to offer a place at the wheel of one of our cars with a view to fighting for race wins, and ultimately for the title in 2014.”