Martin Rump to race for KCMG in 2015 FMCS season 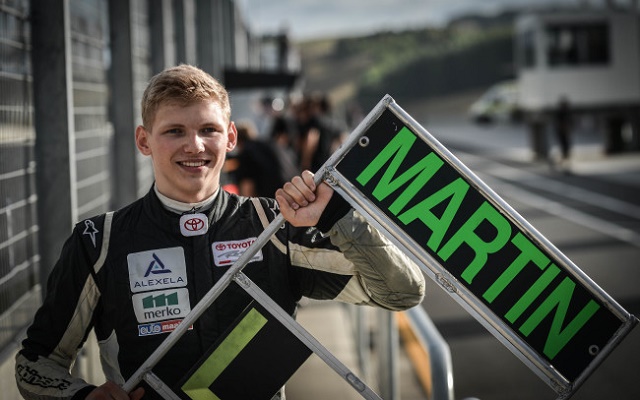 Rump made his initial foray into cars in 2011, driving for Koiranen in Formula Renault 2.0 NEC, where he raced in just one round at the Most autodrome, taking a 12th place finish.

Rump returned to racing in 2013 after a year off, and embarked on a dual campaign in the Formula Renault 1.6 NEC and Sweden championships. He was a runner-up in both series, losing out narrowly in the season finales by one and two points respectively.

The Estonian joined the Toyota Racing Series in the winter of 2014, driving for Giles Motorsport. In a very competitive field, Rump was able to finish an impressive fifth in the standings, taking two wins and a total of five podiums.

Rump moved up to the Eurocup Formula Renault 2.0 championship with Fortec, but had a more difficult campaign than in TRS, finishing in 20th place overall, with a best finish of eighth at the Nurburgring.

?I?m grateful for the opportunity KCMG have provided me with?, Rump said.??I?m looking forward to driving the Volkswagen-powered car and I?m eager to have an effective cooperation with the team in order to get the maximum out of it.?

?Martin is a valuable addition to the team and we?re looking forward to a strong season with him?, KCMG’s John O’Hara had to say.??Formula Masters will be a new challenge for him, but we are confident that he will deliver good results for the team.?