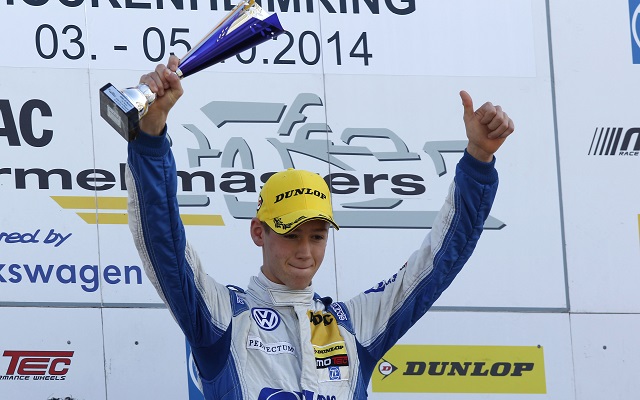 The young ADAC Stiftung Sport protege put on a spectacular race from seventh on the grid to claim his second Hockenheim victory.

Mucke’s Kim-Luis Schramm was on reverse-grid pole for the race and duly kept his lead into turn one, while front row starter Nico Menzel narrowly held second.

Menzel would soon be overtaken by Tim Zimmermann, who picked up second into the hairpin during the opening lap and then slipstreamed his way past Schramm and into the lead lap two.

The poleman kept up with Zimmermann at first, as the duo established themselves as the race leaders, with Menzel bunching up the rest of the pack in third.

However, the leaders didn’t get to break away as Marschall found a way past Menzel on lap four and immediately set out in pursuit of victory.

He slowly but surely reeled in Schramm, overtaking him into the hairpin on lap seven, before pulling off the same trick on Zimmermann on lap nine.

The race for victory was done at that point as Marschall pulled away from Zimmermann, eventually finishing three seconds in the clear.

Behind them, there was a thrilling fight for the final podium spot, as Joel Eriksson and a charging Mikkel Jensen, who had previously overtaken two cars into one corner for fifth place, caught up to Schramm.