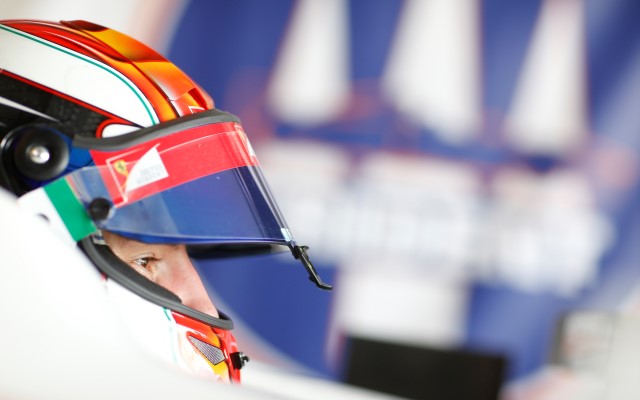 Raffaele Marciello will race for Trident in his second campaign in the GP2 Series this year.

The Ferrari Driver Academy star – who will be a test and reserve driver for Sauber this season – competed for Racing Engineering in 2014, finishing eighth in the standings with a win in the Spa feature race.

The 20-year-old previously tested for Trident in Abu Dhabi at the end of 2013, after winning the European F3 title.

?I am absolutely delighted with the agreement reached with Trident,” said Marciello.

“I have been able to feel their trust and interest straight away and I really appreciated their attention towards me and my driving style. Given this strong reciprocal interest, I am sure we will be able to work in great harmony with the goal of achieving the best possible results.

“I know that there is a lot of work to do but, also thanks to the support of Ferrari and FDA, I think we have what it takes to succeed.”

?By reaching this agreement, I can say I fulfilled one of the dreams I have been chasing for a long time. The dream of having an extraordinarily capable Italian racer like Raffaele in our GP2 Team,” he said.

“At the same time, I understand that the expectations on him and on the results for 2015 are very high, but I am sure that the technical staff of Trident Motorsport is in condition to deliver Lello with a winning car, and everybody is determined to achieve the goals we have set.

“We, as Trident, will do our utmost in order to provide our contribution to Lello’s career, as he has the chance to finally bring the Italian banner back to the Formula 1 grids?.