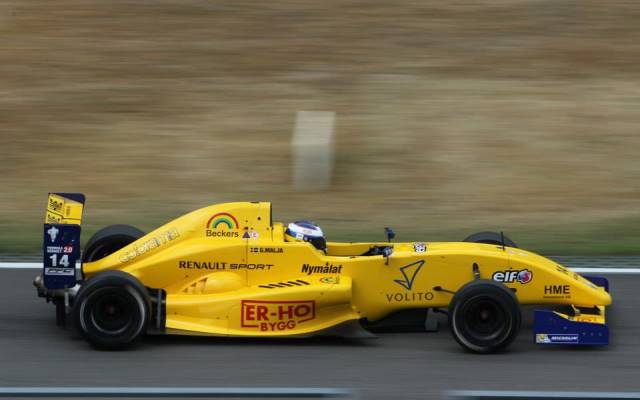 Gustav Malja celebrates his maiden Formula Renault 2.0 victory after a faultless performance in the first NEC race at the Hockenheim.

Starting from the first position, the Swede kept his lead and was not challenged by anyone during the race.

It was a difficult race for Seb Morris, who joined Malja on the front row but suffered a damaged front wing, which forced him to visit the pits after lap one.

As a result, his teammate Ben Barnicoat took second to record?his first podium in Formula Renault NEC. The podium was completed by Levin Amweg, who made a late move on fellow Swiss driver Louis Deletraz.

Malja and Barnicoat on pole for Hockenheim NEC races