It has taken a while for Jazeman to rise to prominence in Europe since stunning the Asian motorsport community by winning the Formula BMW Asia title in 2007. The decision to race in British F3 for a third straight season in 2012 has allowed the Petronas-backed driver to get the better of some very highly-rated opposition in F3 both in Britain and in Europe.

After karting, Jazeman made his single-seater bow in 2006 aged 13, racing in the Asian Formula Renault Challenge. He finished third in the final standings with four podium finishes. He was given dispensation to receive his international C license at 14 in order to compete in Formula BMW Asia in 2007 with the Meritus team. He won the title after ten wins from the 22 races.

Jazeman made the move to Europe in 2008, but opted to remain in Formula BMW. After finishing the first race of the season at Barcelona in fifth place (behind Tambay, Juncadella, Gutierrez and Wittmann), he would only manage 14th place in the final standings. He only managed four further top ten finishes, with a best result of fourth at Hockenheim. At the end of the season he contested the Formula BMW World Final in Mexico City, finishing in fifth place. 2009 saw him score podium finishes at Barcleona and Valencia on his way to ninth in the final standings. 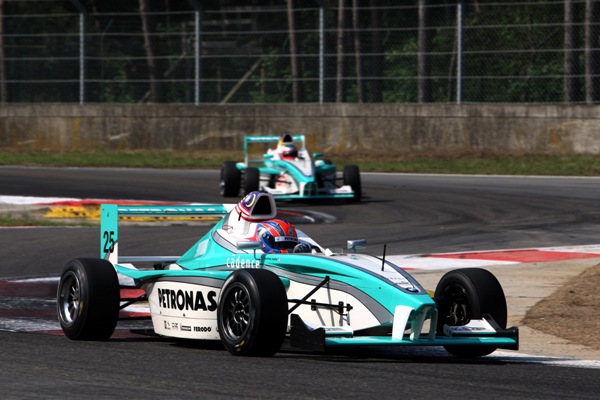 2010 signalled a step up to British F3, driving for top team Carlin. He scored second and third place finishes at the Hockenheim round, finishing 12th overall. Remaining with the team for 2011, he claimed three podium finishes from the first four races, but only finished in the top three on one further occasion. He finished up sixth overall, though only ten points away from fourth. At the end of the year he finished eighth in the Macau Grand Prix.

A move up to Formula Renault 3.5 was on the cards for 2012 after testing in the series. However, he returned for a third season in British F3, hoping to build up yet more experience with time on his side, and to win the title. He finally scored his first British F3 win at Pau, finishing second on the road behind European runner Raffaele Marciello. At the next British F3 round at Rockingham he won the opening race outright, moving into the points lead.

Jazeman has also been entering F3 Euro Series rounds as a guest entrant, winning the reverse grid race at Brands Hatch and then finishing on the podium at Spielberg.

Talent rating: Jazeman showed precocious talent when he won the Formula BMW Asia title, but struggled to get near that kind of form in the European series. Again in British F3 he showed flashes of promise during his first two years but it has taken until year three for him to start performing regularly. 7/10

Chances of getting to F1: His Petronas backing has allowed him to spend time with the Mercedes F1 team, and will give him the budget to race at a higher level. How well he does in GP2 or FR3.5 will truly determine his chances though. 7/10 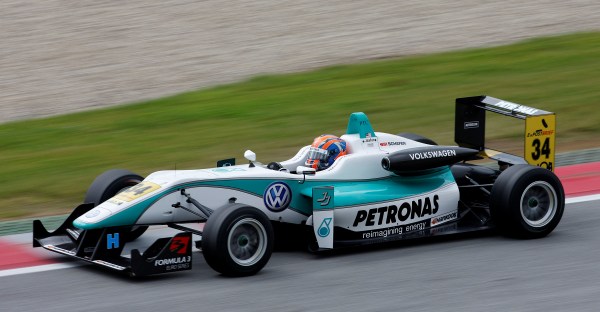